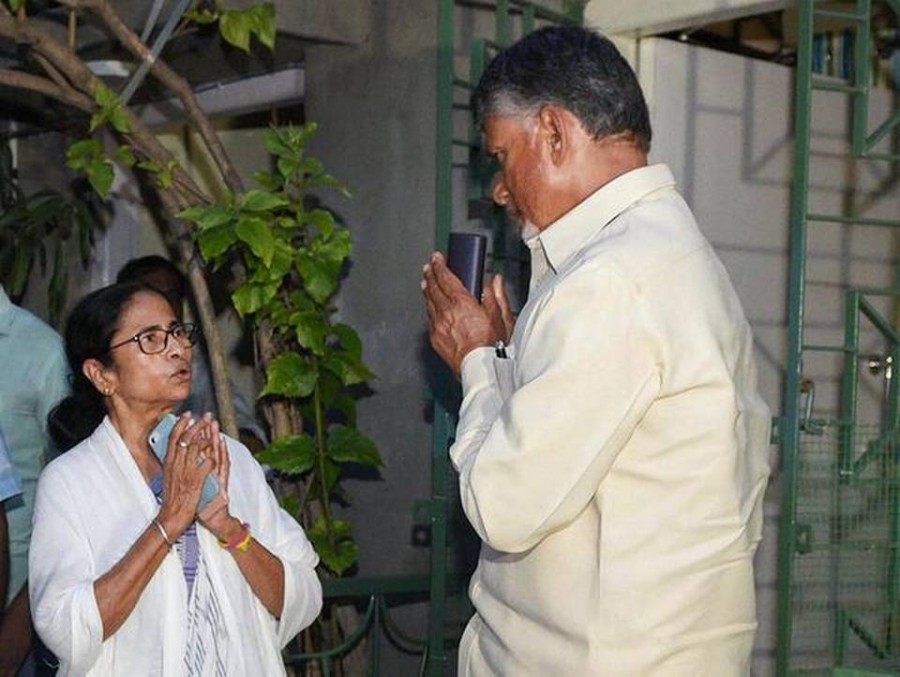 A day after exit polls gave a clear mandate to the BJP-led National Democratic Alliance (NDA), Opposition leaders on Monday took stock of the political situation.

Despite the exit poll forecasts, Mr. Naidu is continuing with his efforts to create a united block of non-NDA Opposition parties. In case of a hung verdict, Mr. Naidu told other leaders that the Opposition parties could approach President Ramnath Kovind to stake claim as a single entity.

In Lucknow, neither party spoke of what transpired at the meeting, but Mr. Yadav tweeted a photo of himself with Ms. Mayawati and posted a cryptic message. “Ab agle kadam ki tayari [Now, getting ready for the next move].” Sources said the two leaders met to arrive at a consensus before holding any further talks with other Opposition parties.

The BSP chief dropped her plan to go to Delhi for a possible meeting with other leaders, including former Congress president Sonia Gandhi. There was never an official confirmation of the Mayawati-Sonia meeting, but sources had confirmed to The Hindu the BSP chief’s plan to fly to Delhi.

The possibility of the meeting had emerged soon after Mr. Naidu met Ms. Mayawati and Mr. Yadav in Lucknow last Saturday. But the exit poll results seemed to have forced a rethink on the strategy as the BSP chief is in a “wait and watch” mode.

In Kolkata, Mr. Naidu met Ms. Banerjee at her residence for about 45 minutes in the evening but didn’t reveal what he discussed as he left for the airport. A Trinamool Congress leader, however, said both sides discussed “various scenarios” that might emerge once the results are declared on Thursday. Mr. Naidu, according to the Trinamool leader, “may have given [Ms. Banerjee] an idea about his discussions with Mr. Gandhi a few days back.”

Over the weekend, the TDP chief has had two rounds of meetings with Congress president Rahul Gandhi and Nationalist Congress Party (NCP) chief Sharad Pawar. before calling on Ms. Gandhi to discuss his deliberations with Ms. Mayawati and Mr. Yadav.

The Congress chief seemed to have adopted tactical silence after the exit polls indicated a sweep by Prime Minister Narendra Modi. But others in the Opposition lashed out at the surveys, with Ms. Banerjee describing the exit polls as ‘gossip that will allow manipulation of EVMs.’

Congress leader Shashi Tharoor reminded people how as many as 56 exit polls in Australia got it all wrong.

“I believe the exit polls are all wrong. In Australia last weekend, 56 different exit polls proved wrong. In India many people don’t tell pollsters the truth fearing they might be from the Government. Will wait till 23rd for the real results,” tweeted Mr. Tharoor.