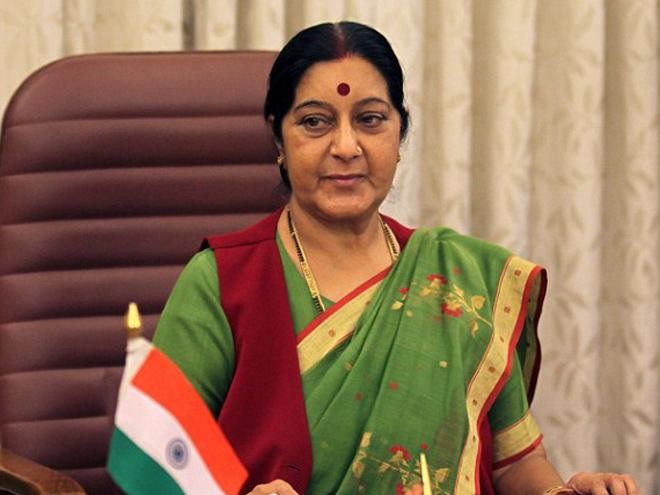 Islamabad made a rare exception for External Affairs Minister Sushma Swaraj to fly directly through Pakistani airspace to attend the SCO meet in Bishkek last week, officials in Delhi and Islamabad confirmed to The Hindu.

The permission for Ms. Swaraj came even as thousands of travellers continue to suffer flight cancellations, delays and soaring ticket prices due to Pakistan’s decision to close its airspace for flights to and from India after the Balakot strikes on February 26.

“The Indian government had requested us to allow Ms. Swaraj to fly over Pakistan to avoid the longer route, and we gave them permission,” said Mohammad Faisal, Pakistan’s Foreign Ministry spokesperson.

“The overflight permission was granted by Pakistan based on route permission filed by relevant [Indian] authorities. External Affairs Minister’s flight to Bishkek was over Pakistani airspace both ways,” a source said.

Ms. Swaraj had attended the SCO Foreign Minister’s meet in Kyrgyzstan on May 21 and 22, along with Pakistan Foreign Minister Shah Mehmood Qureshi. While the government denied that the two leaders held substantive talks on the sidelines of the conference, they had held a brief conversation in the special lounge where “pleasantries” were exchanged, the MEA had said.

Without the special permission from Pakistan, Ms. Swaraj’s flight, which took four hours to the Kyrgyz capital, would have taken nearly eight hours each way.

The ban by Pakistan has meant that an estimated 350 flights have been affected every day for the past three months.

Dozens of flights including the United Airlines direct flight to New York, and several Central Asian flights, have had to be cancelled. Air India has seen a daily loss of ₹5-7 crore due to the added fuel costs and flight times, officials estimate. Pakistan’s civil aviation authority has suffered major losses in overflight fees.

Senior Pakistani defence and aviation officials are due to meet on May 30 to decide on lifting the airspace ban, which Pakistan’s government said was put in place to stop further strikes by India after the IAF attack on Balakot on February 26. Indian officials have, however, denied any plans for further strikes.

When asked if Islamabad would lift the ban on May 30, Dr. Faisal remained non-committal.

“We are still awaiting a de-escalation of tensions. The moment we feel India has de-escalated, we will allow the flights back over Pakistani airspace,” he said, while appearing on a programme on Pakistani channel AAP TV.

Prime Minister Narendra Modi is also expected to travel to Bishkek soon, in order to attend the SCO summit on June 13-14, by which time, officials hope Pakistan will have lifted all its restrictions.