News / Pakistan's treatment of Abhinandan Varthaman was not so Nobel 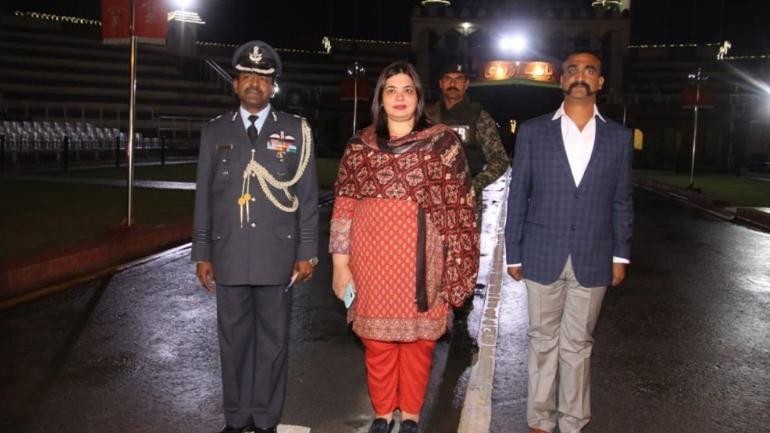 Pakistan claims Wing Commander Abhinandan Varthaman, the Indian fighter pilot it captured during an aerial confrontation with the IAF last week, was given dignified treatment. To say that evidence opens this version to dispute, is to put things mildly. Wing Commander Abhinandan was released on Friday, March 1. His return was greeted in India. Plenty of evidence suggests he was not treated exemplarily in Pakistan.

Islamabad touted its decision to release Wing Commander Varthaman as a "peace gesture", and said he was treated "with dignity and in line with international law". The Indian Air Force has already shot down the first claim about goodwill, saying the release was "in consonance with Geneva conventions".

The second claim, about dignified treatment, is open to dispute -- and that is putting it mildly.

First, here is what we know about Abhinandan Varthaman's ordeal before his capture by Pakistan's army. By his own account -- albeit one filmed in Pakistan and punctuated by 17 cuts -- he dropped his pistol as he saw no other way to escape from a crowd, was chased, and then saved by two Pakistani soldiers.

There is video that shows him being beaten by a civilian mob. One villager confessed in an interview with Reuters that he, like several others, had beaten Varthaman and pelted him with stones. Another witness told the newswire the pilot ran half-a-kilometre, fired in the air to scare his pursuers, entered water and attempted to swallow or destroy documents. (Remember, we now know Varthaman suffered spinal injury that could have been caused by ejection -- he could have been carrying that while trying to evade his tormentors.)

Now, let's look at the part for which the Pakistani military can be held responsible. Varthaman said (again, in the heavily-edited video) that he was given first aid and treatment at a hospital after his rescue. He described the Pakistan Army as "a very professional service". It is not quite clear at what point -- before or after treatment -- the professionals decided to interrogate him in a blindfold and film the whole thing for global consumption.

Varthaman would appear in another video, this time holding a cup of tea. The camera rolled as he showered encomiums on his captors. But there was one obvious giveaway that this was a forced statement -- rarely, if ever, is genuine praise paired with a simultaneous promise not to change one's views later. Here, read:

"I would like to put this on record, and I will not change my statement if I go back to my country also -- the officers of the Pakistani Army have looked after me very well. They are thorough gentlemen, starting from the captain who rescued me from the mob, and...from soldiers, and thereafter, the officers in the unit which I was taken to. This is what I would expect my Army to behave as, and I am very impressed by the Pakistani Army."

But Pakistan's narrative has begun to crumble. Sources have told two Indian newswires that upon his return to India, Abhinandan Varthaman said he faced mental harassment in Pakistan, if not physical torture ("Severe mental harrassment," according to the Press Trust of India's report). And an article by the Print.in, which also cites sources, says he was deprived of sleep for entire day and "subjected to loud music and bright lights", in a Pakistani intelligence effort to "keep him disoriented and break him down".

But staged interviews, chai and chopped-up film, it seems, are not the only devices Pakistan has used in its attempt to embarrass Varthaman's compatriots (and trumpet to the world its claims of exemplary behavior). After the success of Vicky Kaushal's Uri: The Surgical Strike, Islamabad has clearly ached for its own Bollywood moment.

In the video where Abhinandan Varthaman describes the mob that attacked him, he utters curious, puritan-vexing language that sounds entirely out of place: "Unka josh kaafi uuncha tha." (A piece in our Standpoint section notes the following delicious irony: Pakistan had just placed a total ban on Indian cinema.)