Entertainment / PM Biopic "Yet To Be Certified": Censor Board Chief On Delay In Release 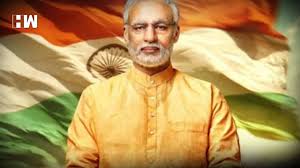 The film "PM Narendra Modi" was set to hit the screens today. Its release has been postponed amid a raging controversy over alleged election rule violations. This is to confirm that our film 'PM Narendra Modi' is not releasing on 5th April. Will update soon. The 42-year-old actor denied that the film's release violates the code of conduct for the election that begins next week, by glorifying PM Modi.

"It is a bogus film of a flop hero, a flop producer and is made on a flop person who has proved to be a zero," Mr Surjewala was quoted by news agency PTI as saying in response to Vivek Oberoi's jab.

The Congress had also filed a complaint against the film with the Election Commission, alleging its release close to the national election violates the model code of conduct. Last week, Vivek Oberoi appeared before the poll body in response to a notice it served.

Filmmaker Omung Kumar's PM Modi biopic has generated much interest. A two-and-half minute trailer had over a million views shortly after it emerged online. The film traces the PM's journey from his teens to the country's top job.

This is the second such political film to be released this year. In January, "The Accidental Prime Minister" themed on former prime minister Manmohan Singh's term gathered headlines more than box office success.