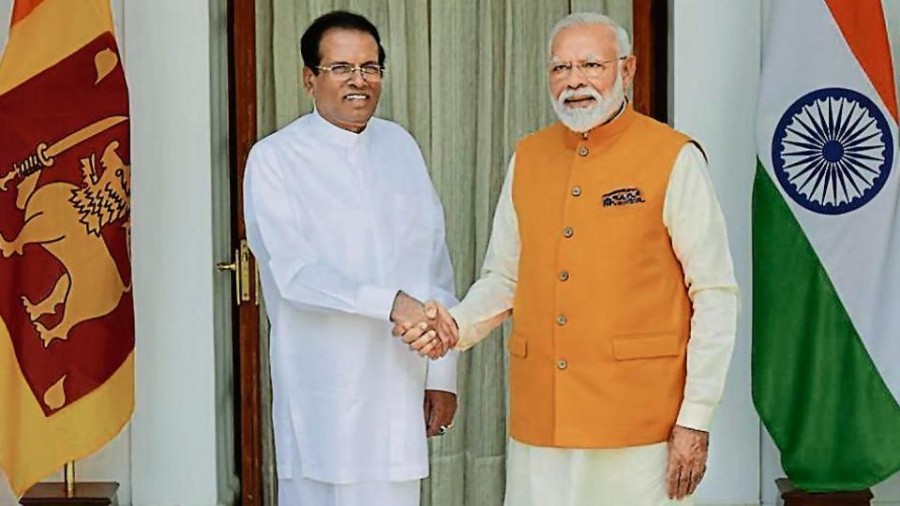 On Sunday, Prime Minister Narendra Modi will become the first foreign dignitary to visit Sri Lanka since the Easter bombings that killed over 250 people.

“My visit to Sri Lanka is to express our solidarity with the Government and the people of Sri Lanka in the wake of the terrible terrorist attacks there last Easter on 21 April 2019. India stands with Sri Lanka in the fight against terrorism.”

“Our bilateral relations with Sri Lanka have gained considerable momentum in the last few years.

I had the pleasure of meeting President Sirisena during his recent visit to India to attend the swearing-in ceremony of the new government. I look forward to meeting the Sri Lankan leadership during my visit,” Modi said in his departure statement before his visit to Sri Lanka as well as Maldives.

A senior Sri Lankan official, who did not wish to be named but is familiar with Modi’s itinerary, pointed out some interesting details.

The minister-in-attendance who will accompany Modi throughout the visit — barring two occasions — is none other than Sajith Premadasa, the 52-year-old Sri Lankan housing minister who could become the island nation’s president by the end of the year.

Sirisena, who will not contest the presidential polls, is reported to have said that he will back PM Wickremesinghe’s United National Party (UNP) again only if its presidential candidate is Premadasa. Sirisena and Wickremesinghe have been at odds in an uneasy coalition since 2015.

The official said Modi is likely to head straight for St Anthony’s church, which came under attack on Easter Sunday, en route from the airport to his first meeting with the President in downtown Colombo.

The interspersed individual interactions planned for Modi with the four Sri Lankan politicians is a clear indication that the Indian leader will test the waters of the turbulent Sri Lankan political scene six months before presidential elections in a country which has often accused India’s Research and Analysis Wing (RAW) of “influencing” the outcome of polls.

No fresh bilateral agreements are expected to be signed on Sunday, and infighting and chaos in Sri Lanka could be a reason.

“How can any agreements be signed when you have a doer and fast mover like the Indian PM on one hand, and a squabbling PM and President in Colombo, who have been unable to take forward even earlier MoUs, on the other,” the official asked.