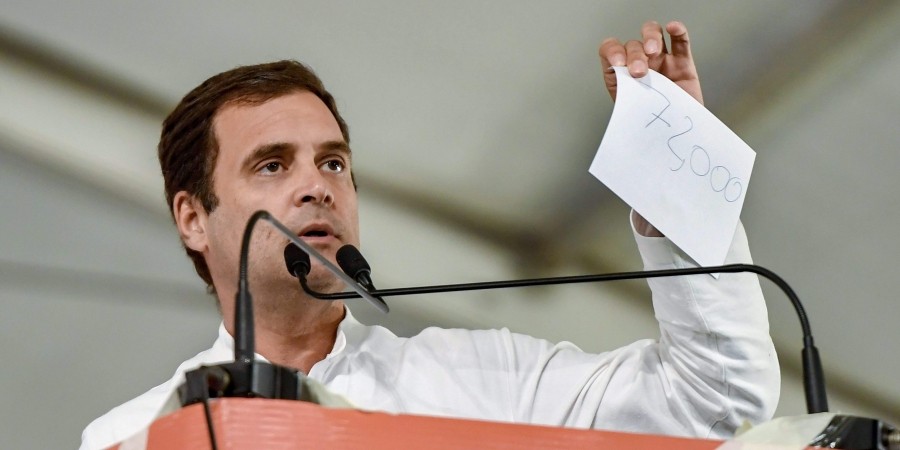 Congress president Rahul Gandhi on Friday claimed that Prime Minister Narendra Modi is "flummoxed as the BJP is heading for a defeat" and asserted that his party's proposed minimum income guarantee scheme 'Nyay' will "jump start" the country's economy.

He also accused the prime minister of "failing" to keep his 2014 pre-poll promises, including providing jobs to 2 crore youth, remunerative prices for farmers' produce and Rs 15 lakh into the bank accounts of every citizen. "Modi is flummoxed as he can gauge that BJP is heading for a defeat in the polls. He is tensed and is speaking improperly," Gandhi said at a poll rally, his first in Chandigarh after the announcement of the Lok Sabha elections.

As a dust storm hit the area where Gandhi was holding the rally in favour of party nominee Pawan Kumar Bansal, the Congress president told the gathering, "This is the dress rehearsal for May 23 (the day poll results will be declared) as another storm will come that day wiping out the BJP."

Bansal has been pitted against sitting BJP MP Kirron Kher in the Chandigarh Lok Sabha seat where polling will be held on May 19. Hard selling the Congress' proposed 'Nyay' scheme which aims to provide Rs 72,000 to the poor annually, the party president claimed that it will "jump start the derailed economy" of the country. He also claimed that the country's GDP fell by two per cent within one year of demonetisation.