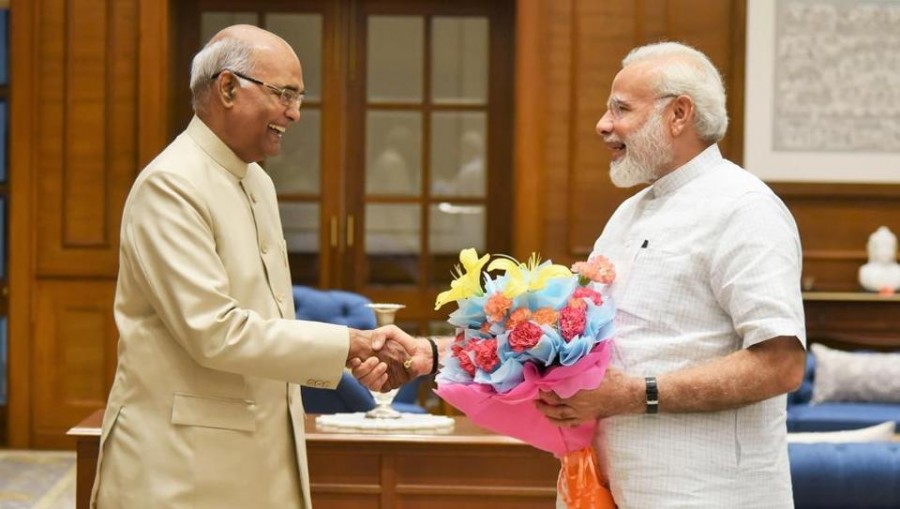 After winning a historic mandate, Prime Minister Narendra Modi will meet President Ram Nath Kovind Friday. Earlier in the day, he met senior BJP leaders LK Advani and Murli Manohar Joshi at their residences. The NDA parliamentary committee meeting is scheduled to take place Saturday, where discussions regarding the the government formation and swearing-in of the new Narendra Modi Cabinet could take place.

Meanwhile, debunking rumours of a fallout between the JD(S)-Congress coalition government in Karnataka after the heavy loses they incurred in the results of Lok Sabha elections, Deputy CM G Parameshwara Thursday said the coalition is strong and both the parties are keen to foil the efforts of the opposition to destabilise the government. The coalition reposes faith in the leadership of Kumaraswamy as chief minister, he said. The Deputy CM also said that a meeting of Congress ministers and legislators were held and they all have reposed faith in the present government and the leadership of CM Kumaraswamy.

On Thursday, the BJP scripted history by winning a record tally of 302 seats in the Lok Sabha to return to power for a second straight term. Narendra Modi, the first non-Congress full majority Prime Minister to be re-elected, has done so with a stronger majority. With the saffron surge across the country, the Congress has been pushed to the margins of national politics — so much so that it has not yet managed to claim the statutory position of Leader of Opposition in the Lok Sabha.