Political / PM Modi's populist budget to weigh on next government 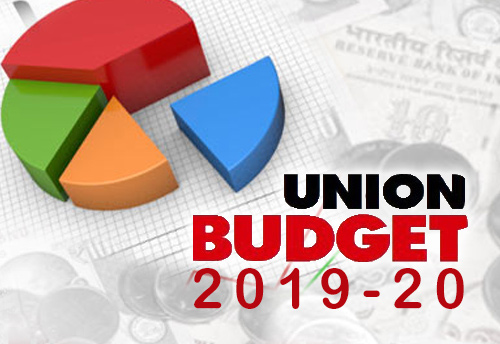 Pre-election budget of Prime Minister Narendra Modi's government, including handouts for farmers and tax cuts for the lower middle class, is likely to weigh on whoever forms the next administration, economists warned on Friday. The government abandoned its budget deficit target for next financial year ending March 31, 2020 saying it now aimed to come in at 3.4 percent of gross domestic product.

The government abandoned its budget deficit target for the next financial year ending March 31, 2020, saying it now aimed to come in at 3.4 percent of gross domestic product against an earlier goal of 3.1 percent, as it tries to tackle a rural incomes crisis partly caused by low crop prices. But it did keep the target at 3 percent for the 2020-21 year.

Economists fear some of the assumptions built into the math for those goals are too aggressive - especially its forecasts for strong tax revenue growth.

That means they are unconvinced that the next government - whether PM Modi wins the election, due by May, or not - will hit the deficit goals in those two years.

"If there is no real pick up in tax collections, then the next government will need to take further steps to stick to the fiscal deficit target."

That could include cutting capital spending, which could hurt an economy that badly needs improved infrastructure.

It also gives the next government little wiggle room if the global economy keeps slowing.

Many of the measures were intended to put money into pockets quickly ahead of the election. PM Modi faces a re-election battle after anger about low farm incomes contributed to defeats for his ruling Bharatiya Janata Party (BJP) in state elections at the end of last year and as opposition parties, including Congress, appear to be gaining support.

To support its spending the government is banking on an "ambitious" 18 percent increase in goods and services tax collection to Rs 7.61 trillion ($106.81 billion) in 2019/20 while it aims to borrow a higher-than-expected Rs 7.1 trillion from bond markets.

"I think, ultimately, their spending plans look very unfeasible to me, so I wouldn't be surprised to see spending get cut later in the year," said Shilan Shah, senior India economist at Capital Economics in Singapore.

Investors are also lowering expectations for rate cuts by the central bank because of the concerns about whether the government can reach the budget targets.

In a sign of waning market sentiment, the 10-year benchmark bond yield ended at 7.61 percent, up 13 basis points from Thursday, the biggest single-day selloff since last September. The rupee also weakened to 71.26 to the dollar from Thursday's 71.09, though the broader NSE stock index ended up 0.59 percent.