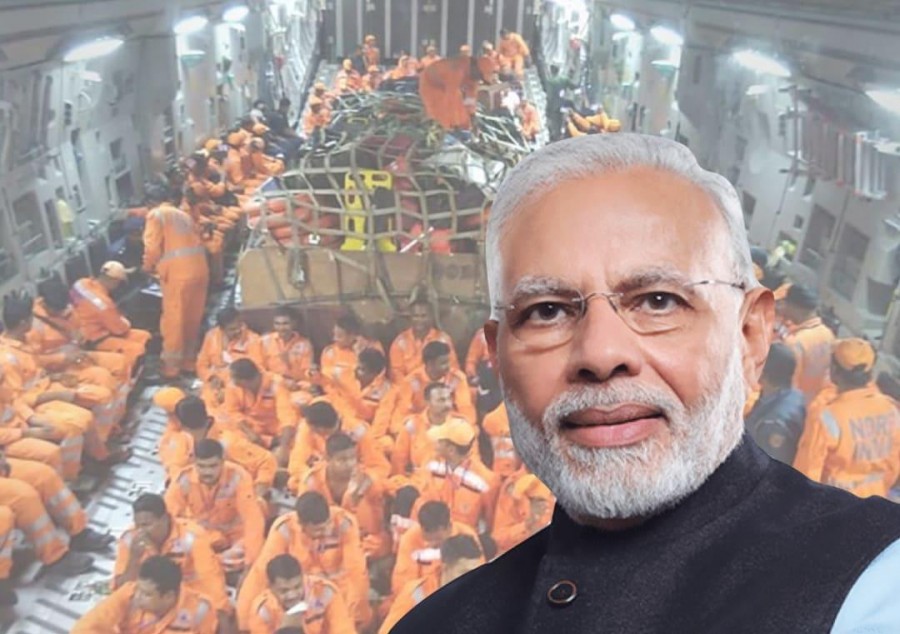 Thousands of people are being evacuated in Gujarat hours before Cyclone Vayu hits the coast of the state in western India.

“Cyclone Vayu has turned into a very severe cyclonic storm. It would cause gusty winds to blow at a speed of 145 kmph to 170 kmph by Thursday morning,” the IMD said.

The state government has launched a massive evacuation exercise to shift about three lakh people from low-lying areas of Saurashtra and Kutch regions.

A general alert has been sounded across 10 districts and the Meteorological department has told the government that cyclone Vayu will not weaken after landfall.

The National Crisis Management Committee met in North Block, in New Delhi on Wednesday. The meeting, chaired by Union home secretary Rajiv Gauba was attended by Gujarat chief secretary and the advisor to the administrator of Diu among others.

The Indian Navy Wednesday said the Western Naval Command has deployed its ships, aircraft and helicopters for rescue and relief operations and to alert the fishermen at sea about the impending Cyclone Vayu. Naval Long Range Surveillance Aircraft -P8I and IL aircraft are on standby to undertake SAR missions as required.

Medical teams and facilities at Indian Naval Hospital Asvini at Mumbai are being kept ready.