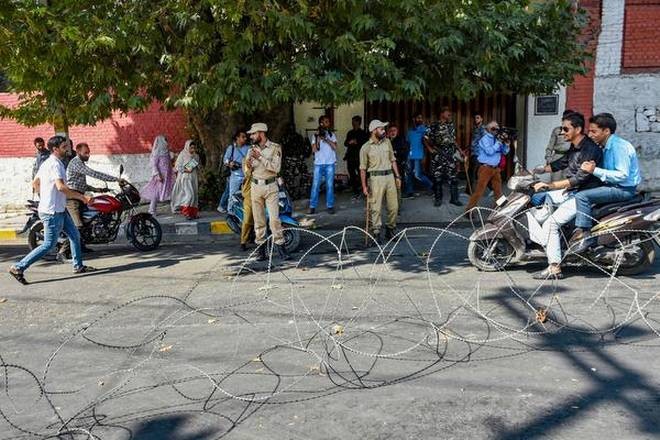 The National Conference on Saturday said Prime Minister Narendra Modi’s statements on “hugging Kashmiris” and turning Kashmir into a paradise sound hollow and belie actions taken by his government.

“Now we see PM Modi parroting new catch-words. These catch-words are hollow and will eventually vanish into oblivion,” the party said in a statement.

Asserting that the party rejects the prime minister’s rants , the NC said people are the best judge of the veracity of Mr. Modi’s earlier catch-words of “Kashmiriyat, Jhamooriyat and Insaniyat”.

“The government led by PM Modi has obliterated the very visage of Kashmiriyat by bifurcating the state. The jhamooriyat rant too turned out to be a damp squib following the detention of legitimate political voices of the state,” said the NC statement.

“The PM’s insaniyat rant too turned out to be a damp squib following the unparalleled clampdown in the state in the shape of communication gags and curfews, it said.

The party said Mr. Modi’s dream of ‘Naya (new) Kashmir’ is to “disempower people” of the State.

The statement said jobs and scholarships which otherwise were only reserved for state subjects would cease to be solely available to the youths of the state.

“By removing the safety valve of the state in the shape of Article 370 and Article 35-A, the people of the state, irrespective of their caste, creed and religion have become prone of numerous susceptibilities,” said the NC statement.

The party accused the Centre of trying to put the state land on sale ignoring the fact that farmers in a mountainous Jammu and Kashmir have very low land-holdings.

“The state is mountainous and as such the land holding of the farmers are very small as compared to the farmers in the rest of the country.

“Today, we see how the government of India and the local administration is persistent on putting up the land of the state on wanton sale without giving a thought to the plethora of socio-political, ecological and political issues that will pop up following such a move,” the party said.

The NC said the path on which the Centre was treading, would eventually lead to socio-political disempowerment of the people of Kashmir.

“It will undo what good was achieved by the successive NC-led governments in the state. People of the state have understood the reality and no gimmickry can beguile them. They are the best judges. They are seeing for themselves as to how the government has sucked the life and blood of the people of the state by unilaterally and unconstitutionally scrapping Article 370 and Article 35-A,” the NC said. 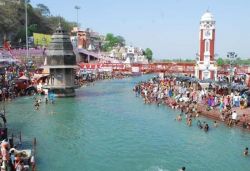