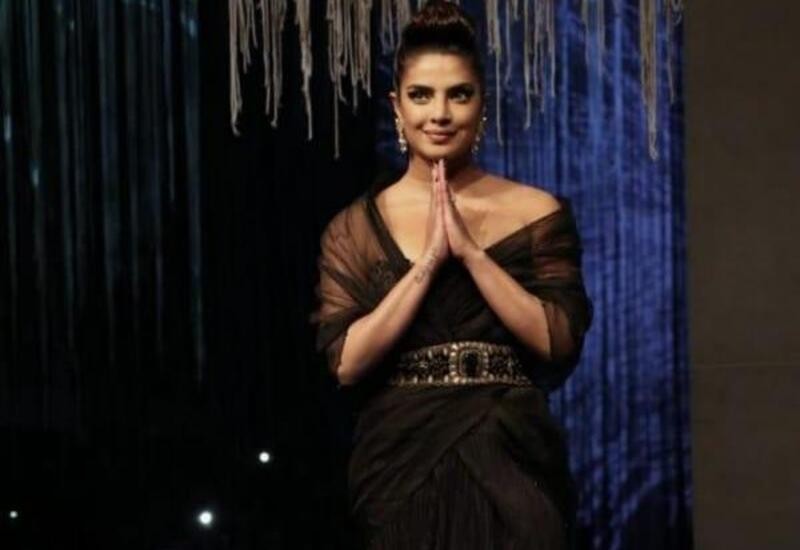 Priyanka Chopra flew to Mumbai to walk the ramp after a long time. The actor, who now stays with her singer husband Nick Jonas in Los Angeles and continues to shuttle between India and US for work and personal assignments, walked the ramp in a black gown.

She accompanied it with a dramatic hairdo and makeup. Priyanka got a rousing welcome from the audience at The Pride of India show as part of Blenders Pride Fashion Week’s Fashion Tour. She was also joined by 14 designers on stage as they all posed for the cameras.

Priyanka had teased her fans ahead of her ramp appearance by sharing a closeup picture of her eye. She captioned it, “The eyes Chico. They never lie.”

Meanwhile, Nick took to social media to express his gratitude ahead of the final leg of the Jonas Brothers’ Happiness Begins tour, in Paris. He thanked more than ‘one million’ people who turned up for the band’s live performances. The trio — Nick, Joe and Kevin — have been on tour for several months.

He shared throwback pictures from their performances on his Instagram stories. One of them shows Priyanka giving Nick a warm hug backstage after the first concert. There are many more happy pictures of the Jonas Brothers performing and making memories with their family members who accompanied them.

Nick expressed his gratitude on Twitter, writing: “Last stop on Happiness Begins tour in Paris tonight. What a ride this has been. My heart is so full of gratitude to the more than 1 million people that came to see this tour over the last 6 months in North America and Europe. I can’t wait to begin the next chapter of this incredible journey. First up, The Voice! Then Vegas Residency! Then new album. Let’s do this.“

Earlier in January, the band had released a new single, What A Man Gotta Do, and the video made headlines for the sizzling chemistry of Priyanka and Nick.