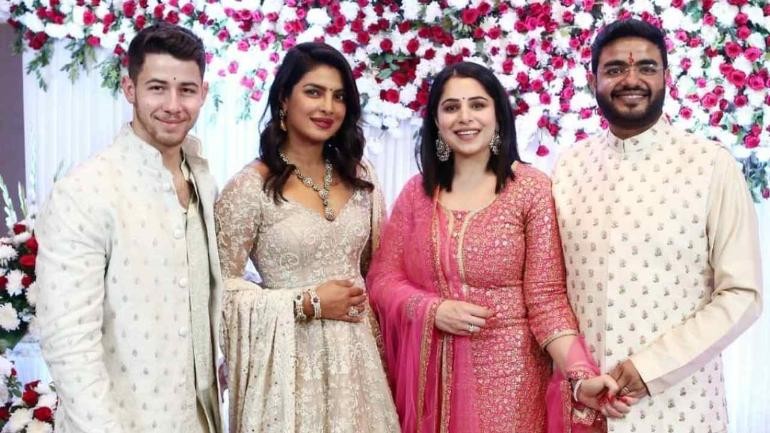 Following hot on the heels of his sister, Priyanka Chopra's brother Siddharth Chopra was set to marry Ishittaa Kumar by the end of April. However, the wedding has been called off. Priyanka's mother Madhu Chopra confirmed this to a news portal.

"They (Siddharth and Ishita) have mutually called it off," she said. However, she did not explain the reason behind the decision.

Earlier, there were reports that the wedding was postponed as Ishittaa had to undergo an emergency surgery just days before the ceremony.

Ishittaa also took to Instagram to post a picture from the hospital a week ago, stating, "Recovering from surgery. Very painful but glad it's over."

However, soon it came to light that all was not well between the couple. Ishittaa posted another picture of herself at a resto-bar with a cryptic caption, "Cheers to new beginnings. With a goodbye kiss to beautiful endings."Her mother, Nidhi Kumar, also commented on the picture saying, "Close old book and write new story" while father Anirudh wrote, "We are with you; Feel the expanse of the universe and be the star you were born to be.

"Ishittaa's friends commented on her pictures, telling her to stay strong. In fact, some of the comments even dissed Siddharth. For instance, a comment read, "I think he was shit. You deserve better than him any day. You are strong and you will rise as you know how to live

Pictures from Siddharth and Ishittaa's roka ceremony are missing from Ishittaa's Instagram handle.\

Ishittaa and Siddharth's roka ceremony took place on February 27 and Priyanka even took to Instagram to congratulate the couple. Priyanka has unfollowed Ishittaa on Instagram.