News / PUBG will not be available in China after May 8 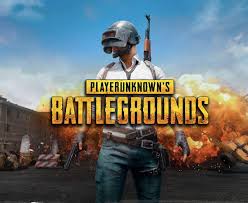 Tencent Holdings Ltd on Wednesday shut down its test version of global blockbuster “PlayerUnknown’s Battlegrounds” in China and shifted users to a similar, more patriotic video game which, unlike PUBG, has regulatory approval to generate revenue.

The Chinese video gaming leader has waited in vain for over a year for approval to earn money on PUBG via in-app purchases, having given the gory, South Korean-made game a socialist makeover to meet stringent government rules.

In a post on the game’s official account on China’s Twitter-like Weibo platform, Tencent said it would end testing for PUBG. It also said it had launched an anti-terrorism-themed “Game for Peace”, for which it gained monetisation approval in April.

“With PUBG Mobile having around 70 million average daily active users in China now, we expect Game for Peace could potentially generate 8 billion yuan to 10 billion yuan ($1.18 billion to $1.48 billion) in annual revenue”, said analysts at China Renaissance.In a website statement, Tencent described Game for Peace as a tactical shooting game developed in-house which “pays tribute to the blue sky warriors that guard our country’s airspace”, in reference to the Chinese air force.

“It’s almost exactly the same,” she said. “The game play, the background, the graphic design and the characters, they’re almost the same.”

Some Weibo users said on starting Game for Peace, they found themselves at a place in the game that strongly resembled the place they left off in PUBG, complete with PUBG gaming history.Global game distributor Steam named PUBG one of its highest-grossing titles of 2018. On Wednesday, “PUBG is gone” was the one of most viewed topics on Weibo, with over 300 million clicks and close to 90,000 posts.

“I was scared to death,” said one Weibo user of his feelings when he realised that PUBG had been shut down in China, explaining he had spent many nights to reach a certain level.

“But I didn’t expect that once I updated it to Game of Peace it returned me back to the same level. The game changed its name and became very socialist to gain approval.”

Others commented on the absence of gore, which regulators have all but outlawed in new titles following a public outcry over perceived excess in video games.

“I’m going to die of laughter,” said another Weibo user. “When you shoot people, they don’t bleed, and the dead get up and wave goodbye!”