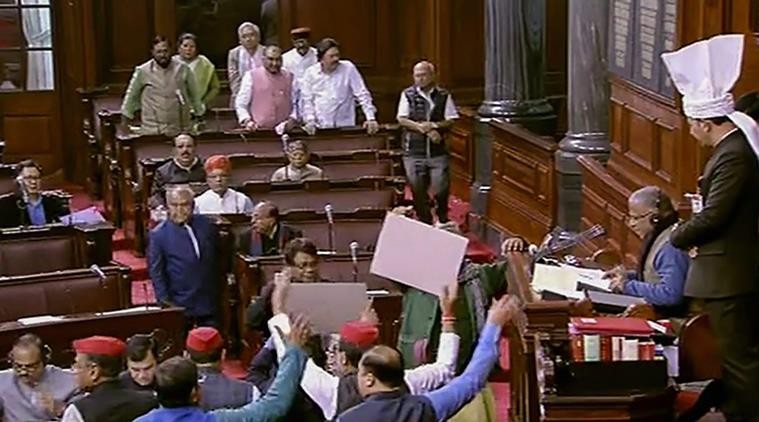 Rajya Sabha Friday witnessed opposition uproar over the Rafale jet deal issue, leading to adjournment of the proceedings for the day. The Congress sought to raise the Rafale controversy, citing a news report which claimed the Defence Ministry had raised strong objections to “parallel negotiations” conducted by the PMO with France, which “weakened negotiating position of the Ministry of Defence and Indian Negotiating Team”.

Leader of the Opposition Ghulam Nabi Azad sought to raise the issue but Chairman M Venkaiah Naidu disallowed him, saying he has reserved a final judgement on the notice by Congress members under Rule 267 on the issue. Rule 267 provide for setting aside the business of the day to discuss the issue being raised.

Naidu said nobody can speak on the issue that has been reserved by the chair. He ordered that nothing will go on record. However, Azad continued to speak and other opposition members joined in.

Congress member shouted slogans like “Chowkidar chor hai”, which met with strong resistance from treasury benches. Naidu said he cannot allow this and adjourned the proceedings till Monday.

Rajya Sabha has not witnessed any official work since Parliament met for the Budget session on January 31.