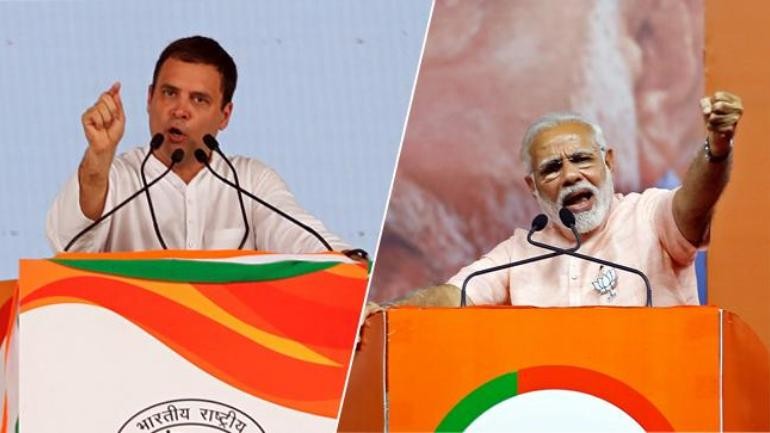 In West Bengal, Prime Minister Narendra Modi will hold two rallies on Wednesday. So far, he has, held three rallies in the state in north Bengal's Cooch Behar, in Dalit Matua community-dominated Thakurnagar in the North 24 Parganas and in West Bardhaman district's industrial city Durgapur. He will first address a rally in north Bengal's Siliguri, followed by a rally at Kolkata's iconic Brigade Parade Ground.

Modi's Kolkata rally will be the first covered rally in the history of Brigade Parade Ground, that has hosted several rallies over the decades. West Bengal Chief Minister Mamata Banerjee's mega anti-BJP rally on January 19, that brought leaders of 23 opposition parties on one stage, was also held.

Three massive stages have been set up along with mammoth metal hangers to provide shade on the ground. The party is expecting 8-10 lakh at the rally.

"Nine hangers, each nearly 100x100 square feet, are being installed in three rows. We are arranging hangers to protect party activists and supporters, who would be waiting at the ground since morning to listen to Modi, from falling ill due to the heat. This is the first time a political party has planned a covered rally here," state BJP President Dilip Ghosh.

"Modiji will st on the main dais in the centre along with the senior BJP leaders and MPs from South Bengal. The second stage would be occupied by the party district presidents and district observers, while state office-bearers will sit on the third stage," he said.

Enthusiasm is also high in Siliguri for Modi's rally, the venue of which had to be changed following denial of permission by the local administration.

The BJP, which won only two seats in Bengal in 2014, aims to substantially increase its seat count in the state under its "Look East" policy.

A good show in the region would offset any possible reverses in its strongholds like UP, where the Samajwadi Party (SP) and the Bahujan Samaj Party (BSP) have formed an alliance.

The BJP leaders are also sceptical of the party repeating its magical performance of 2014 in the Hindi heartland.