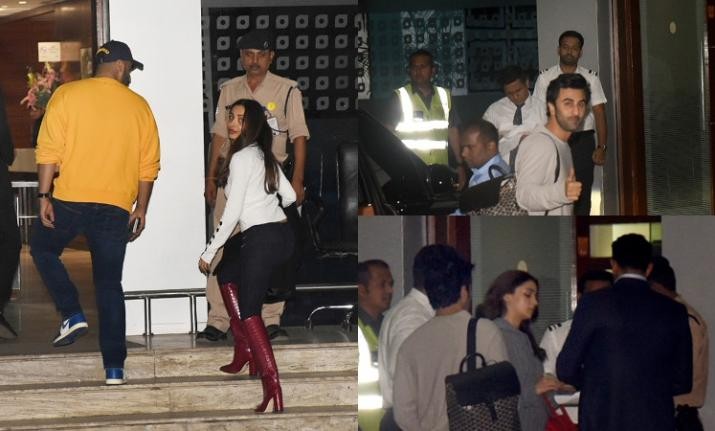 Hottest lovebirds of B-town- Ranbir Kapoor, Alia Bhatt and Arjun Kapoor, Malaika Arora were spotted at Mumbai airport last night. They are all set to attend pre-wedding bash of Akash Ambani in Switzerland. It will be a three-day bash at the picturesque St. Moritz. For unversed, Akash Ambani will tie the knot with his childhood sweetheart Shloka Mehta on March 9. Karan Johar was also papped at the airport.

Who's who of Bollywood are expected to arrive at the Ambanis' bash. If you remember, Isha Ambani's wedding festivity had Beyonce performance, hence, something similar can be expected for Akash's wedding ceremony as well. After Switzerland bash, Akash and Shloka will return to Mumbai to tie the knot at Jio World Centre in Bandra Kurla Complex. The baraat will reportedly commence at 3.30 pm from the Trident Hotel. It will be a three-day ceremony followed by Mangal Parv and a wedding reception.

On a related note, after Akash proposed Shloka, the two families came together for an intimate celebration in Goa. Later, a star-studded engagement bash was hosted, which was attended by a bevy of celebrities. Shloka is the daughter of Russell Mehta, managing director of Rosy Blue Diamonds.

On the professional front, Ranbir and Alia are currently busy with Brahmastra, which is scheduled to release on December 25, 2019. The Ayan Mukerji's trilogy also stars Amitabh Bachchan, Akkineni Nagarjuna, Dimple Kapadia, Mouni Roy and Divyendu Sharma in important roles. Alia is currently basking in the success of Gully Boy, which has raked in Rs 111.25 crore so far.

Meanwhile, Arjun Kapoor is busy shooting for Ashutosh Gowariker's Panipat, co-starring Sanjay Dutt and Kriti Sanon. He will also be seen in Sandeep Aur Pinky Faraar and India's Most Wanted. 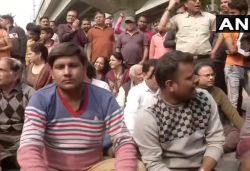 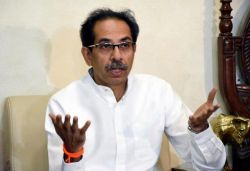