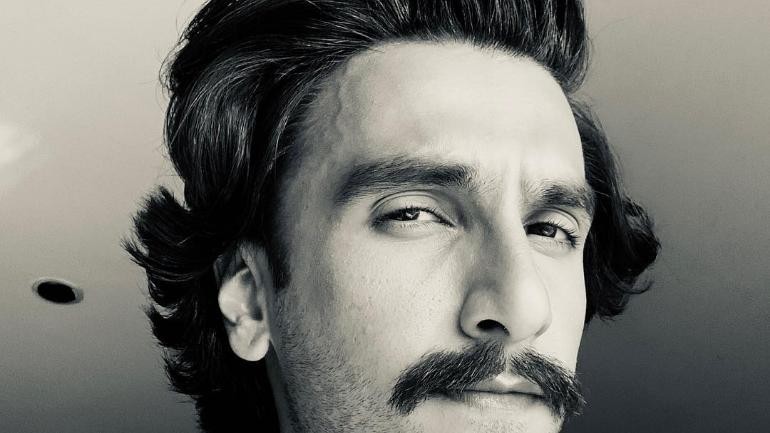 Ranveer Singh recently took to Instagram to share a black and white picture of himself. The actor is gearing up to play the role of legendary cricketer Kapil Dev in his upcoming film 83. The film will reprise India's first World Cup win in the year 1983. The Indian Cricket Team was then headed by captain Kapil Dev. Ranveer shared, it is seen that the actor has grown his beard and hair to look alike Kapil Dev.

Ranveer went to Dharamshala with the entire cast of 83 to train and learn different aspects of the sport. The actor and his team were visited by many star cricketers during their stay in Dharamshala. Ranveer even got to train under Kapil Dev.

Ranveer shared a picture with Kapil Dev saying, "LEGEND! #KapilDev @83thefilm #blessed #journeybegins @kabirkhankk."In an earlier interview, when Ranveer was asked about his reaction on being offered the role of Kapil Dev, he said, "I was born at the time when cricket was big time. When Kabir Sahab (director Kabir Khan) had come to me and said that there will be a film on 83, I was like finally. And when he was narrating it to me, I was like woooh. It is not a story just about cricket but a human story."