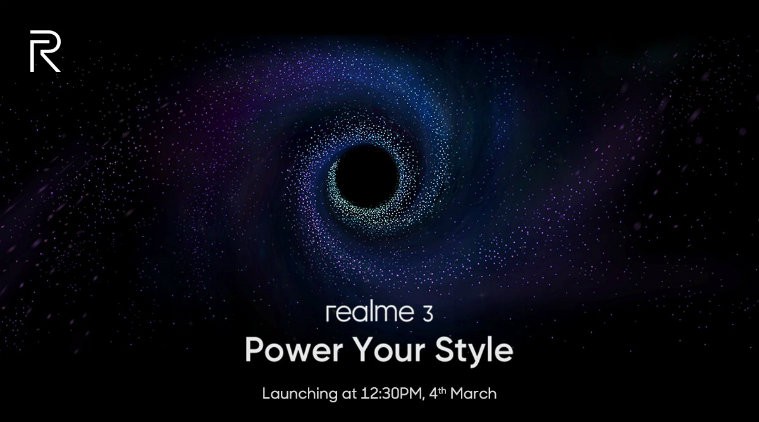 Realme 3, the newcomer’s latest smartphone will launch in India today.  Previously Realme has launched the Realme One, Realme 2, Realme 2 Pro, Realme U1  along with Realme C series. New Realme 3 will compete against Xiaomi’s just launched Redmi Note 7. The Realme 3 launch event is scheduled to kick off at 12:30 pm. Realme 3 is expected to sport dual camera setup on the back, a fingerprint scanner at the back display.

Realme 3 is expected to sport dual camera setup on the back, a fingerprint scanner at the back, and a waterdrop style notched display. It has also been reported that the device will be powered by the MediaTek Helio P70 processor paired with a Mali G72 GPU and will run Google’s Android 9.0 Pie operating system with the company’s own ColorOS 6 skin on top.

Other than the Realme 3, the company’s teaser also hints at Realme 3 Pro. Realme CEO, Madhav Sheth also quoted the tweet stating “What’s 7 doing in 3?”, which looks like a direct dig at Redmi Note 7 and Redmi Note 7 Pro, which were recently launched in India.