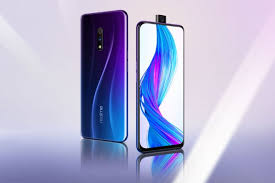 Realme’s first smartphone with pop-up selfie camera, Realme X, is set to launch in India soon. The smartphone was recently launched in China with price starting at Rs 15,300 approximately. Ahead of the official launch, Realme has revealed the India pricing of the phone. It also pointed out that the India model may have a different set of specifications.

In a tweet Realme CEO Madhav Sheth said that Realme X India version will be priced around Rs 18,000. It is worth noting that Xiaomi’s Redmi Note 7 Pro and Poco F1 are among the top phones in India under Rs 20,000.

“Realme X may not necessarily launch at the same specs in India. We are planning to have an #realmeXIndian version and pricing maybe around 18k. Apart from Garlic and Onion, we will also have one more special variant for India…” Madhav said.

Realme X is powered by Qualcomm’s Snapdragon 710 processor with up to 8GB of RAM and 128GB built-in storage. The phone has a smaller 3,765mAh battery along with VOOC 3.0 fast charging support. Key features of Realme X include Dolby Atmos support, UFS 2.1, and Hyper Boost 2.0. On the software front, it runs on Android Pie-based ColorOS 6.