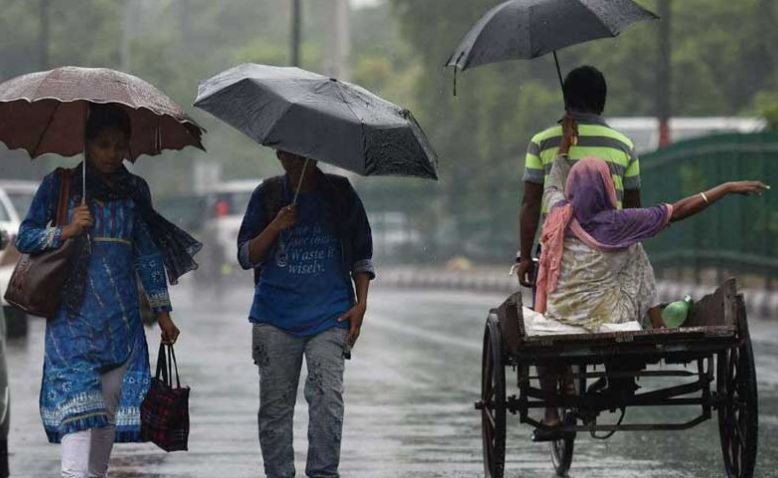 In a big relief to people in Bihar, where intense heatwave and the outbreak of brain fever has claimed so many lives, the southwest monsoon arrived here on Friday triggering rainfall in some parts of the state.

According to the weather office, the arrival Monsoon in Bihar has triggered rainfall in Purnia and other adjoining areas.

It is expected to hit Patna tomorrow. The arrival of Monsoon, though late, has made the weather extremely pleasant in Bihar and the rainfall is likely to come as a major relief for people grappling with the intense heatwave and brain fever outbreak here, especially in Muzaffarpur.

Going by the India Meteorological Department (IMD), the southwest Monsoon, which arrived late in drought-hit Maharashtra, is expected to cover Bihar, Jharkhand and Odisha over the next three days, and inch toward eastern Uttar Pradesh in the days to come.

Maharashtra normally receives monsoon rains around 7 June, but this year, the rains hit the state only on Thursday. The delay has forced farmers in the region to push back the sowing of kharif crops. The Southwest rains are crucial to agricultural productivity, particularly given the fact that large parts of India face drought conditions.

Monsoon hit the Kerala coast on 8 June, delaying its advance over other states, but it picked up pace over the last two days.

Up until Friday, the monsoon had covered most parts of Karnataka, Telangana, Andhra Pradesh, West Bengal and all of Tamil Nadu and Puducherry.

Meanwhile, the death toll from severe heatwave has risen to 101 in Bihar, an official data showed on Friday. However, unofficially the heatwave has claimed more than 250 deaths across a dozen districts.

According to the State Disaster Management Department website, 101 deaths have been recorded till 11 AM on Friday. Of these, Aurangabad recorded 48 deaths, Gaya 39 and Nawada 14.

Prohibitory orders have been imposed in the wake of extreme weather conditions under Section 144 of the Code of Criminal Procedure (CrPC) in Gaya, Begusarai, Darbhanga, Gopalganj, Madhubani and Sitamarhi districts.

Chief Minister Nitish Kumar has announced a compensation of Rs 4 lakh to the kin of the victims. On Thursday, Nitish Kumar visited the state-run Anugrah Narayan Magadh Medical College and Hospital in Gaya where dozens of heat stroke patients were being treated.