Mumbai / Role of spy is duty over morals: Robbie Grewal 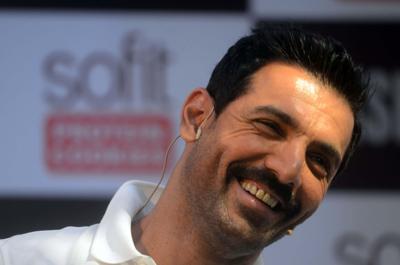 Mumbai, March 30 (IANS) As the upcoming directorial venture of Robbie Grewal titled "Romeo Akbar Walter" featuring John Abraham is based on a spy's story, the filmmaker says that spying to gather information to protect a country is a practice that goes beyond morals.

The trailer of the film, clearly stated that "war can be won based on information" and how therefore the protagonist is sent to the neighbouring country as a spy in a war-like situation.

The question arises, does spying to gather information to win a war is morally the right way to win? Isn't it dishonest?

Robbie told IANS here: "Firstly, everything is fair in love and war. Secondly, the role of intelligence is instrumental to win any war, because in a war, strategies are made and actions are taken based on the information one has on their enemies. When a spy is sent to collect information, he is doing everything for the protection of the country, nothing can be bigger than that. Morals certainly should not come in between.

"In a war like situation, the safety of people's lives come first than morals and ethics. Protecting lives is not wrong, hiding their identity, risking their lives and remain unsung can never be judged on those parameters."

The film is set in 1971, and it captures the journey of a spy who goes to Pakistan to gather information from an intelligence agency.

When asked about how the film can be influential to form any political opinion to common people before the general election, Robbie said: "Well, I would say that the film is not political, yet politically relevant considering the present situation with Pakistan is still not very normal and that is where people will find the connection.

"But what my film does not do, is not showing any side of the coin (India and Pakistan) as bad guys. People of both sides are doing their duties, they are protecting their country," added the film director who started his career in ad filmmaking.