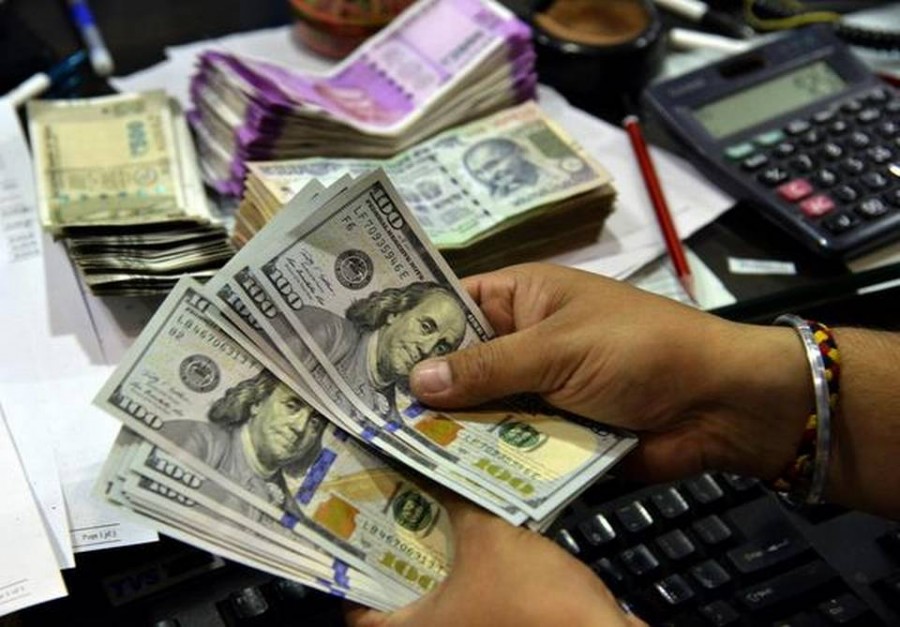 The rupee opened on a weak note and declined 12 paise to 69.48 against the US dollar in opening trade Wednesday, amid simmering geopolitical tensions in the Middle East and higher crude oil prices.

The rupee opened weak at 69.40 at the interbank forex market and then fell further to 69.48, down 12 paise over its last close.

The rupee had settled at 69.36 against the US dollar on Tuesday.

Forex traders said, rupee is trading in a narrow range as market participants are cautious amid rising tensions between the US and Iran.

On the global front, the trade concerns between the US and China, and rising US-Iran tensions are poised to dominate a high-stakes G20 summit from Friday.

Besides, strengthening of the American currency in the overseas market weighed on the local unit.