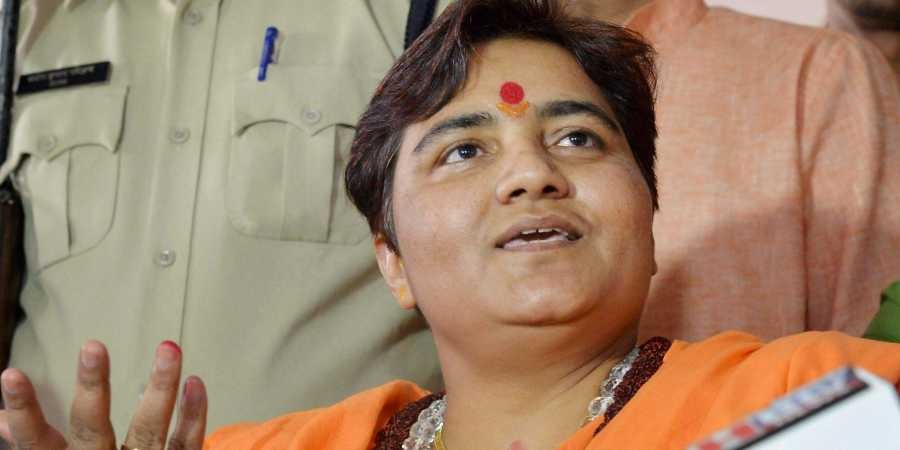 Under fire for her "Nathuram-Godse-is-a-patriot" remark, BJP's Bhopal Lok Sabha seat candidate Pragya Singh Thakur tendered an apology on Thursday night and said she respected Mahatma Gandhi as his work for the country cannot be forgotten.

"My sentiment was not to hurt anyone's feelings. If it has hurt anybody's feelings then I apologise. What Gandhi ji has done for the country cannot be forgotten. I respect him a lot," she said in a video statement.

She said she made the comments on the spur of moment to a question linked to "saffron terror" and claimed that the media twisted them.

Asked about the BJP terming her remarks as her personal views, she agreed and added that she was a disciplined worker of the party.

She said her party's line is her line.

Earlier in the day, Thakur had ignited a political storm by claiming that the Gandhi's assassin was a patriot and will remain one.

The BJP condemned her statement and asked her to tender a public apology.