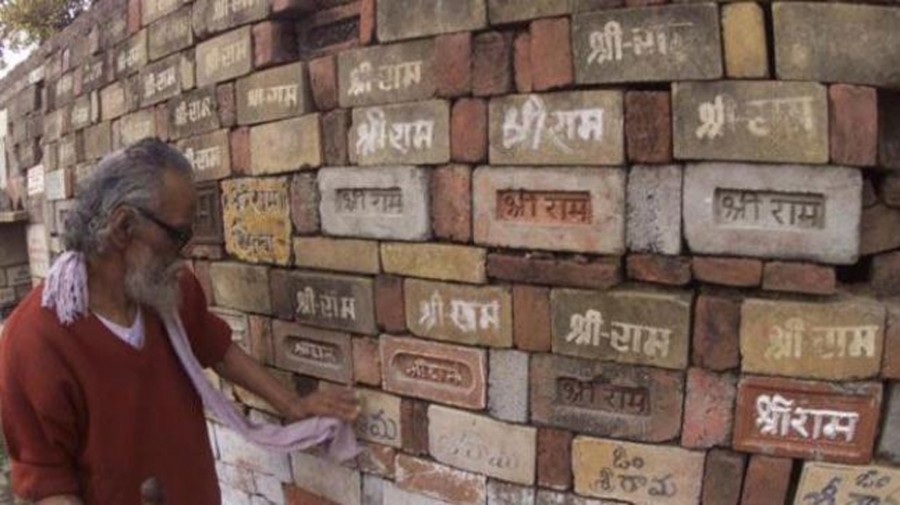 Saints from across the country are set to assemble in Uttar Pradesh's Ayodhya on Monday to hold discussions over the construction of Ram temple. The saints will attend a meeting convened by the Ram Janmabhoomi Nyas, a body of saints that spearheads the Ram Mandir movement and the Vishwa Hindu Parishad (VHP), a right-wing Hindu organisation. The saints will finalise proposals during the meet and put them up for discussions at an open platform on the last day of the nine-day-long birthday celebrations (June 7 to June 15) of Mahant Nritya Gopal Das, head of Ram Janmabhoomi Nyas.

Uttar Pradesh Chief Minister Yogi Adityanath is scheduled to attend the inaugural event. Mahant Kamal Nayan Das, a senior member of the Ram Janmabhoomi Nyas and successor of Mahant Nritya Gopal Das said that saints from different parts of the country will assemble in Ayodhya on Monday for a meeting to discuss the Ram Mandir issue.

It may be recalled that Rashtriya Swayamsevak Sangh (RSS) chief Mohan Bhagwat had recently said that “Ram’s work” will surely be done. The RSS chief, however, asked the people to stay 'conscious, peaceful, active, and strong.' Experts maintain that through his cryptic statement, Bhagwat was trying to send a message to BJP that the time has come for the saffron party to take a call on the issue of construction of Ram Temple in Ayodhya. It is to be noted that Ram temple issue is currently pending before the Supreme Court but the BJP said in its 2019 manifesto ‘Sankalp Patra' that the party would explore all necessary opportunities to complete the construction of the Ram Temple.