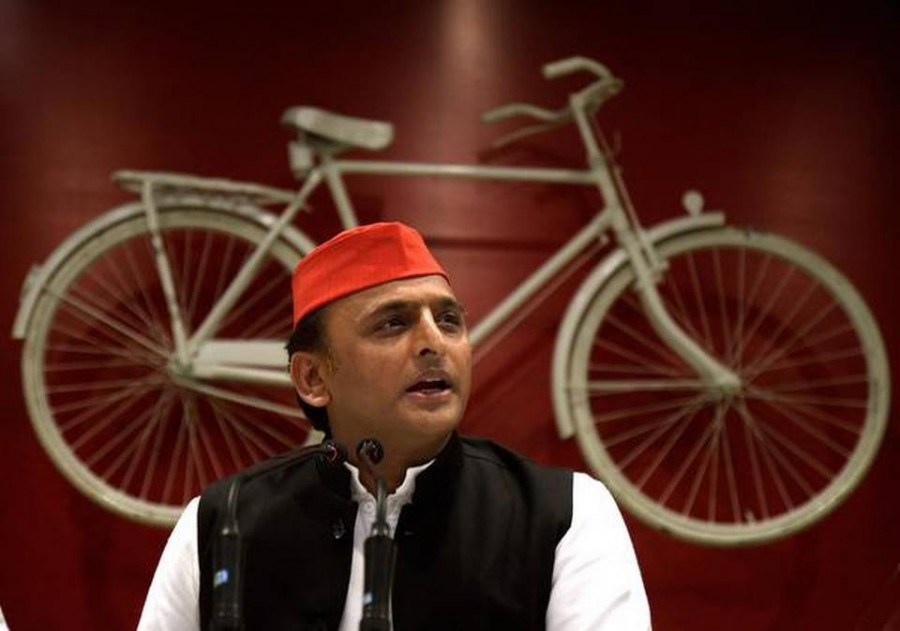 Mr. Yadav's father and SP patron Mulayam Singh is the sitting MP from Azamgarh, which he decided to retain after winning two seats in 2014, the other being Mainpuri.

Mr. Yadav's decision to contest from Azamgarh is a direct replacement of his father in the constituency but also a strategic move to bolster the party's hopes in the crucial east UP region where lie Varanasi and Gorakhpur, both important centres for the BJP.

Azamgarh has a substantial population of Yadavs, Jatavs and Muslims, the three communities who form the crux of the SP-BSP alliance in the state. While Yadavs are the most dominant OBC caste, Jatavs are more than 56% of the state's Dalit population and traditionally assumed to be loyal to their leader Mayawati.

In 2014, the combined vote percentage of the SP and BSP in Azamgarh was over 63, compared to the 28.8 of the BJP candidate Ramakant, who enjoys considerable clout locally especially among the Yadavs who view him as a symbol of resistance against the dominant Thakur community.

The Muslim factor is even more important in Rampur, with little over 50% of the district population comprising of the minority community. Since 1980, Muslim candidates have won the Rohilkhand seat six times but the last time was in 1999.

The BJP has won the seat thrice. In 2014, its candidate Nepaul Singh defeated a divided Opposition, overcoming the second-place SP candidate by 23,000 votes. However, the combined vote of the SP and BSP was over 43% while the BJP's was 37.43% and the Congress 16%.

The Congress and the SP have also won the seat in the past. In 1996 and 1999, Noor Bano of the Rampur royal house won as a Congress candidate while Jaya Prada won as an SP nominee in 2004 and 2009.