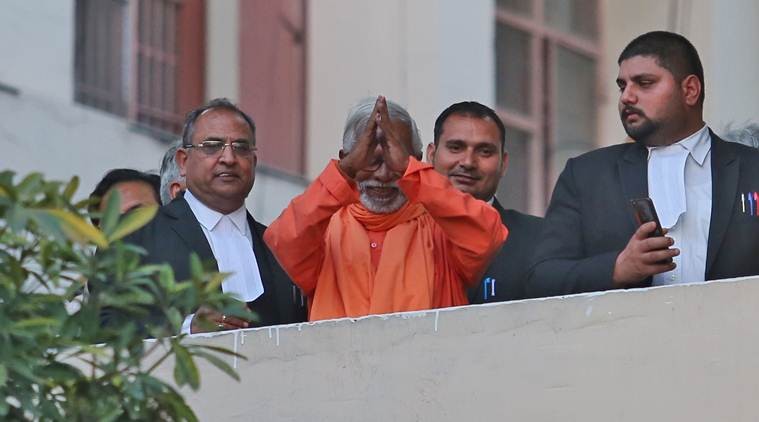 While observing that there were “gaping holes” in the prosecution evidence in the Samjhauta Express blast case, the Special NIA Court in its verdict, which was made public Thursday morning, has lamented that a “dastardly act of violence” remains unpunished for want of credible and admissible evidence.

“Terrorism has no religion because no religion in the world preaches violence. A Court of Law is not supposed to proceed on popular or predominant public perception or the political discourse of the day and ultimately it has to appreciate the evidence on record and arrive at final conclusion on the basis of relevant statutory provisions and settled law applicable thereto,” the Additional Sessions Judge Jagdeep Singh has said in the verdict, adding he has to “conclude this judgment with deep pain and anguish”.

All the accused including Swami Aseemanand were acquitted by the court on March 20. At least 68 people, including 43 Pakistan citizens, 10 Indian citizens and 15 unidentified people, were killed in the blasts that took place on the Attari-bound Samjhauta Express on the intervening night of February 18 and 19 in 2007. Two explosions took place in two unreserved coaches between Diwana and Panipat in Haryana. Two bombs that did not go off were recovered later.

The court has also rapped the investigating agencies for what it called a “malaise” to “coin various terms like Muslim terrorism, Hindu fundamentalism, etc. or brand an act of criminal(s) as act(s) of particular religion, caste or community”.

“A criminal element, belonging to a particular religion, community or caste, cannot be projected as representative of such particular religion, community or caste and branding the entire community, caste or religion in the name of such criminal element(s) would be totally unjustified and it would be in the best interests of humankind to nip such tenancies in the bud lest we should be heading towards intense civil war or caught in a whirlpool of fratricide,” the judgment reads.

Stating that it is high time the world is made a “place of peaceful coexistence lest the sentiments of mutual hatred or false notions of supremacy over one other would engulf the planet,” the judge advocated for “safety and protection of witnesses” and said a sound and workable witness protection scheme needs to be put in place at the earliest.

The judge further said, “Indian civilization, which is one of the oldest one, had survived several onslaughts throughout centuries, which testifies vibrancy of its rich heritage and culture and therefore we need to remind ourselves and the world at large the old Indian phrase expressed in ‘Vasudhaiva Kutumbakam’, which aptly conveys that ‘the world is one family’.”

Of the 299 witnesses in the case, 224 deposed before the court. Of these, 51 turned hostile and changed their statements recorded earlier. While 53 witnesses of the total were given up by the prosecution, nine died during the trial and 13 were in Pakistan.

Along with Aseemanand, the three who faced trial were Kamal Chauhan, Rajinder Chaudhary and Lokesh Sharma. Three accused, Amit Chouhan (Ramesh Venkat Malhakar), Ramchandra Kalsangra and Sandeep Dange, have been declared proclaimed offenders. Another accused, Sunil Joshi — the NIA called him the mastermind — was killed in December 2007 in Dewas, Madhya Pradesh.

The trial court in its verdict had also said that the NIA “miserably failed” to prove the charges framed against the accused and failed to adduce evidence “beyond reasonable doubt” to make out the culpability of the accused.

The court has further said there is no evidence on record to show as to how and from where the raw materials for the bombs were procured and who collected the material to prepare the explosives. “The entire prosecution case is found to have been built on inadmissible evidence in the shape of disclosure statements of the accused, without there being any discovery of new fact/recovery of material/object,” the judgment reads.