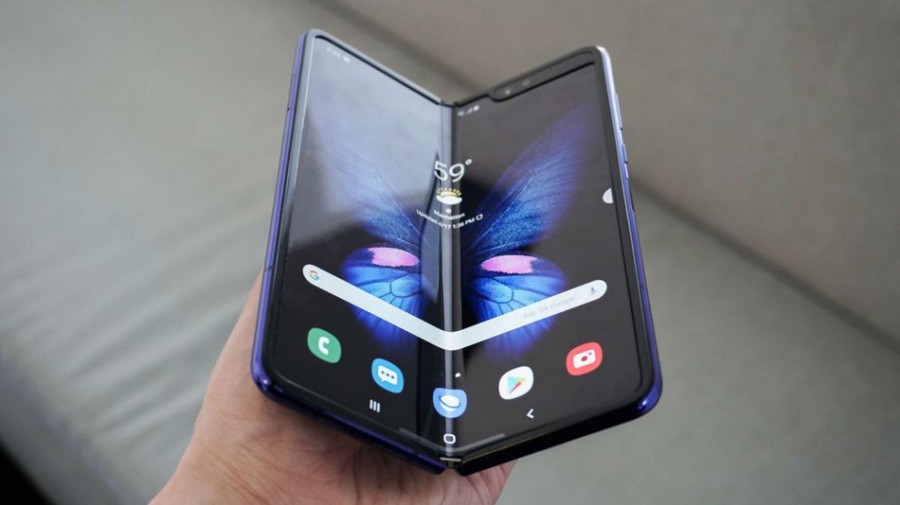 Samsung launched the Galaxy Fold smartphone earlier this year, but the phone was pulled from sales after issues were reported with the display. While Samsung says it has fixed the problems with the displays, which were first seen in the review units that were sent out, it looks like the next line of foldable phones from the company could avoid such issues thanks to a completely different design.

According to a Samsung patent, which was spotted by Patently Mobile, the future Galaxy Fold phones would have a  different design where the screen would fold out, rather than the current scenario where the main screen folds in, and there’s another smaller screen on the outer shell.

The patent also show a locking unit, which is “configured to prevent rotation of the first case and the second case in a folding direction,” adds the report.  Based on the images shown in the image, the display appears to fold out, from a giant rectangular form to an almost clam-shell like design with a noticeable hinge when it is folded.

Samsung was granted this patent by the US Patent and Trademark Office this week, though it was originally filed back in 2018.

The Galaxy Fold launched at a price of $1980 earlier this year, but the official sales were delayed after the display fiasco. At first it was revealed that the issue around because some of the reviewers removed a part of the display, which they mistakenly thought was a screen protector. Samsung had later explained this film was a part of the screen, and removing it could damage the phone. It had also said it would warn customers against removing this.

However, other reviewers reported an issue without the display without even removing the film with a bulge appearing on some of the screens, which made it apparent that the OLED was broken. Samsung is yet to confirm the relaunch date for the Galaxy Fold, though it has been rumoured the phone will be going on sale in June.