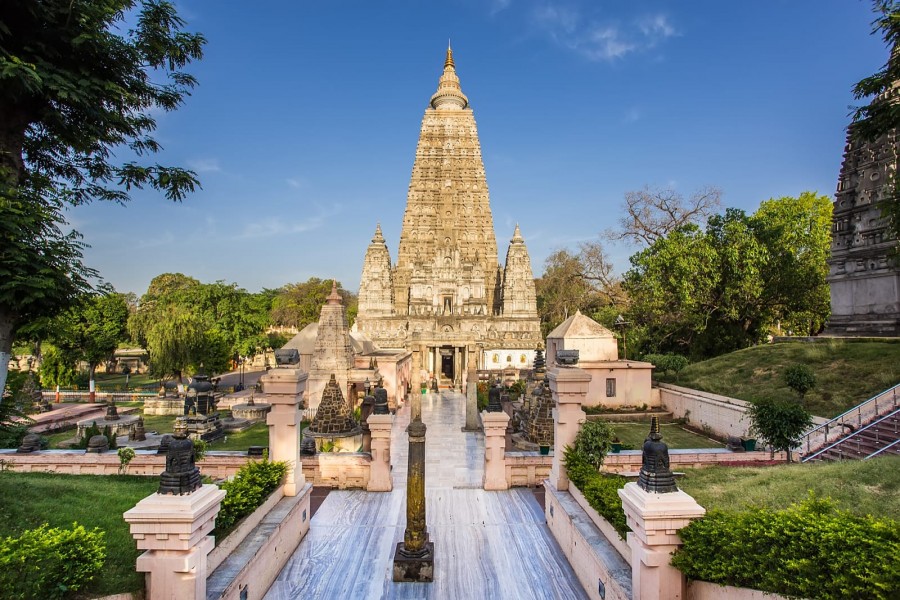 The entire Buddhist township of Bodh Gaya has turned into a fortress with heavy security deployed at the three-day mega celebration to mark the 2563rd birth anniversary of Lord Buddha. The programme started from Thursday and will conclude on Saturday.

The event took off on Thursday with the Vietnamese Buddhist monks chanting “Buddham Sharanam Gakshami, Dhammam Sharan Gakshami’’ under the legendry Bodhi Tree amidst unprecedented security around the Mahabodhi Mahavihar and the Kalchakra maidan, the main venue for the concluding ceremony .

The DIG of Magadh range, Vinay Kumar, Magadh division commissioner, TN Bindheshwary, and the senior superintendent of police, Rajeev Mishra, have been keeping a close vigil on the forces and the related security arrangements.

Since Bodh Gaya shrine has been under serious threat from the terrorist groups, particularly those owing allegiance to the Jamat-ul-Muzahideen of Bangladesh (JUMBA), who have made at least two attempts to create terror threats and also triggered IED blasts in the past, the state government is leaving no chance to maintain the security.

Apart from the district police, the entire Bodh Gaya is under control of the CRPF and the ATS with their Quick Response Teams (QRT), the SSP Rajeev Mishra said.

Intelligence personnel and the Bihar special branch (SB) officials are also keeping eyes on the Buddhist Township, where more than 15,000 devotees from across the world and India have arrived here to join the anniversary celebration of Lord Buddha.

Apart from the security forces, the Bodh Gaya Nagar Panchayat has installed as many as 44 CCTVs at all the strategic points .