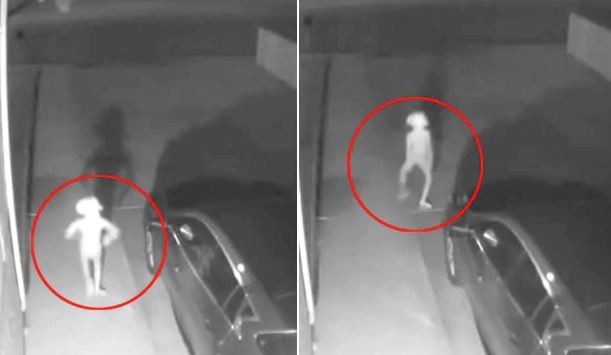 A woman was left stunned when she checked her home security cameras on Sunday and found a creature resembling an elf on her driveway. The video, which has gone massively viral online and prompted many a conspiracy theories, was filmed by Vivian Gomez's security cameras.

"So I woke up Sunday morning and saw this on my camera and am trying to figure out," a stunned Ms Gomez wrote on Facebook, sharing the video. "First I saw the shadow walking from my front door then I saw this thing....has anyone else seen this on their cameras??"

She added that her other two security cameras "didn't pick it up for some reason."

The video which Ms Gomez shared online shows a creature walking up her driveway. While some in the comments section say it resembled an elf or a goblin, others compared it to Dobby - the magical house elf of the Harry Potter universe.

Since being shared online, the video has collected over 9 million views on Facebook and a ton of comments. It was also re-posted on Twitter, where it has been viewed close to 30 million times!

To many, the creature clearly resembled Dobby, the house elf who loved Harry Potter

Yet others called the video fake and photoshopped. Ms Gomez, in the comments section of her Facebook post, denied these allegations and wrote: "this wasn't altered or photoshopped and no trick photography."