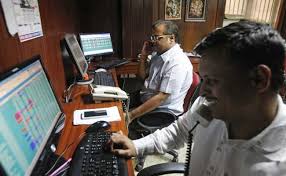 Domestic stock markets started Wednesday's session on a strong note, tracking a recovery in Asian peers on hopes of easing US-China trade concerns. The S&P BSE Sensex rose as much as 220.52 points to hit 37,539.05 in early deals, and the NSE Nifty moved to 11,274.30, up 52.25 points from the previous close. Strength in financial and energy stocks supported the upmove, however weakness in pharma and metal sectors capped the upside.

Indiabulls Housing Finance, PowerGrid and GAIL India - trading between 0.93 per cent and 1.65 per cent higher - were the top percentage gainers on the 50-scrip benchmark index at the time.

Reliance Industries, HDFC Bank and ITC were the top contributors to the advances on Sensex.

Equities in other Asian markets bounced from a three-and-a-half-month low as a slight softening in rhetoric from US President Donald Trump helped ease worries about the US-China tariff war, and on expectations Beijing could release more economic stimulus.

Shares in Asia were led by strong gains in Chinese equities, which rebounded after two days of losses. MSCI's broadest index of Asia-Pacific shares outside Japan gained 0.5 per cent, a day after falling to its lowest level since January-end. Australian stocks added 0.6 per cent, South Korea's KOSPI gained 0.7 per cent, but Japan's Nikkei dipped 0.1 per cent.