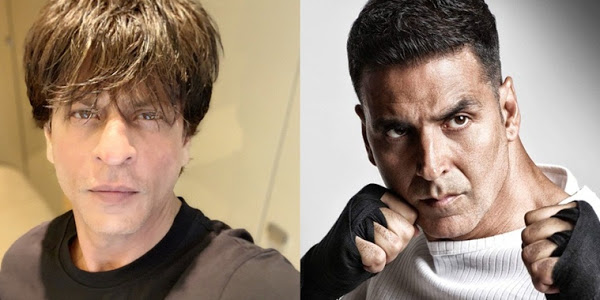 Bollywood buffs are always on the lookout for casting coups. If it is not the three Khans -- Shah Rukh, Salman, Aamir -- working together, they would sure want to see Akshay Kumar working with one of the,. A similar question was posed to Shah Rukh during a recent interview by DNA and his answer was both practical and hilarious. Shah Rukh said, “I go to sleep when Akshay is waking up.

Shah Rukh said if they do indeed work together, they will never meet on the sets. “It will be fun to act with Akshay. Dono set pe hi nahin milenge. Woh jaa raha hoga aur main aa raha hounga (laughs). He’ll be leaving the set and I’ll be coming in. I would like to work like Akshay and with him, but our timings won’t match.”

Shah Rukh is yet to confirm his new project after the box office dud, Zero, while Akshay -- true to his reputation -- has multiple films lined up for release this year. He will open his box office kitty with Battle of Saragarhi war drama, Kesari, followed by comedy caper, Housefull 4. He will also be seen in Mission Mangal based on India’s Mars mission and Karan Johar’s Good News and Rohit Shetty’s Sooryavanshi.