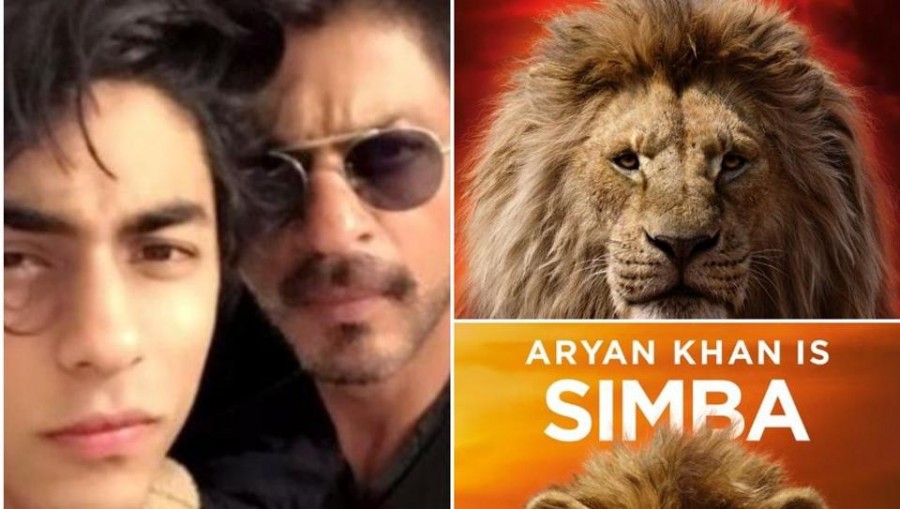 Shah Rukh on Sunday teased the announcement with an Instagram picture, which showed him with Aryan, wearing Indian cricket jerseys with the names Mufasa and Simba printed on their respective backs. He’d captioned the picture, “Ready for the match with the spirit of #FathersDay. Go India Go!!” India played Pakistan in the ongoing cricket World Cup on Sunday.

“Voicing the father-son duo of Mufasa and Simba has been such a wonderful personal and professional moment for Aryan and me. It will be really special to watch this movie with our little one, AbRam (Shah Rukh’s youngest son), as he is a big fan of the film. And watching his big brother and father voice the characters in this live-action version is surely going to make it a memorable experience,” the actor told Hindustan Times.

“I hope families can make some happy memories together watching the Lion King , as much as my family had fun being a part of it,” Shah Rukh added.

In the original English version of the film, Mufasa is voiced by James Earl Jones, and Simba is voiced by Donald Glover. Jones also voiced Mufasa in the classic animated original.

Disney has previously utilised the acting talents of Varun Dhawan, who voiced Captain America in Captain America: Civil War, and Tiger Shroff, who voiced Peter Parker in Spider-Man: Homecoming. Rana Daggubati voiced the villainous Thanos in the Tamil version of Avengers: Infinity War and Avengers: Endgame. The studio got Priyanka Chopra and Irrfan Khan to lend their voices to the Hindi version of Jon Favreau’s Jungle Book previously.

Shah Rukh in an earlier interview to Hindustan Times had said that even though his industry friends expect Aryan, and daughter Suhana to join Bollywood soon, he wants them to first complete their education. “Aryan is studying to be a filmmaker and a writer, while Suhana wants to be an actor. But even if he wants to be a filmmaker, he needs to study for another five to six years and not just the literal form of studying, but probably be an assistant to Karan (Johar) after he finishes his film-making course.”

The Lion King is a photorealistic CGI remake of the 1994 classic, and is directed by The Jungle Book and Iron Man director, Jon Favreau. The film will be released in English, Hindi, Tamil and Telugu on July 19th.