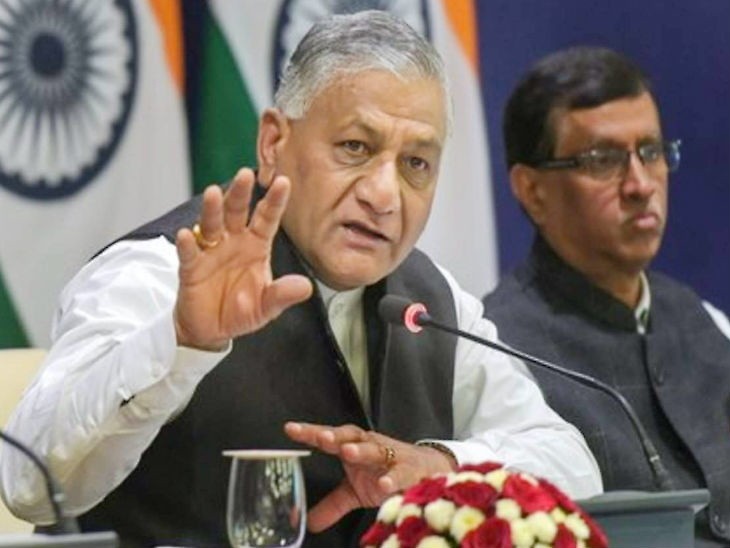 In a jibe against the Opposition for repeatedly demanding the casualty figures in Balakot air strike, Union Minister General VK Singh Wednesday used an analogy of killing mosquitoes to drive his point home. On Twitter, using hashtag ‘generally saying,’ VK Singh wrote there were a lot of mosquitoes at 3.30 am in the night. “I used HIT (mosquito repellent) to kill them. Do I now count the number of mosquitoes killed or sleep comfortably,” the former Army chief, wrote in Hindi.

BJP chief Amit Shah’s “over 250 terrorists killed” remark had triggered sharp reactions from the Opposition leaders, who have been cornering the ruling government for “politicising” the air strikes.

Leaders, including West Bengal Chief Minister Mamata Banerjee, Delhi Chief Minister Arvind Kejriwal and Congress leader Kapil Sibal, have raised questions over the government’s claims of death toll after the international media reports suggested that there were no casualties in the airstrike.

Amid the political slugfest, BJP leaders including Defence Minister Nirmala Sitharaman, Law Minister Ravi Shankar Prasad and Home Minister Rajnath Singh, chose to sidestep questions on casualty figures and underscored instead the importance of the “effective strike”. They also appealed to the Congress and other Opposition parties to trust the Armed Forces and stop seeking evidence of the strike.

Party sources said its spokespersons and leaders have been advised not to specify the number of terrorists killed in the Balakot airstrike to the media and in public speeches. On Tuesday, VK Singh defended Shah’s remark calling it “an estimate.” “Mr Shah is not talking about the exact numbers and it was just an estimate,” Singh said in Ranchi. Asked for details on the casualties, Singh said the exact figures would be known if someone was there. “This is not a game of marbles… This is a serious matter,” he said.