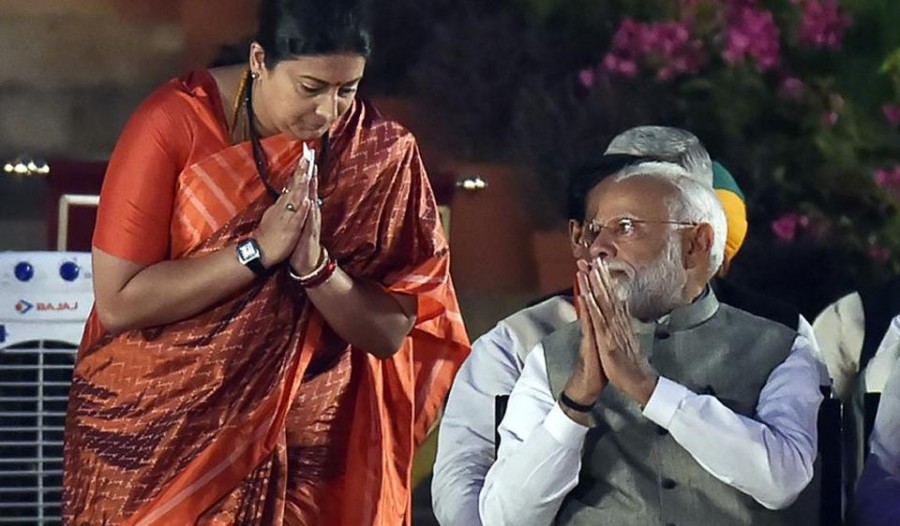 A number of women ministers were inducted into Prime Minister Narendra Modi’s new Cabinet at a glittering ceremony in Rashtrapati Bhawan on Thursday evening. Senior BJP leaders Nirmala Sitharaman, Smriti Irani and Harsimrat Kaur Badal are some of the prominent women ministers in the newly elected government.

Defence minister in the Modi government 1.0, Nirmala Sitharaman, 60, is one of the six women who have been sworn in as part of the new government. She is a Rajya Sabha member and the second woman to helm the key ministry after former PM Indira Gandhi who had held the portfolio in the seventies. In the last NDA government, she had been appointed as the defence minister in September 2017.

Giant killer Smriti Irani, 43, who defeated Congress chief Rahul Gandhi from the Gandhi bastion of Amethi, has also taken oath as a Cabinet minister in the new government. Irani has held a number of portfolios earlier. She became the youngest cabinet minister in 2014 after the BJP won a massive victory in the Lok Sabha polls and was assigned the high-profile Human Resource Development ministry. Later, she also took charge of the ministry for textiles and the Information and Broadcasting ministry.

Harsimrat Kaur Badal, 53, the former union minister for food processing and Member of Parliament from Bathinda is another woman MP who has secured a ministerial berth for the second consecutive term in PM Modi’s new Cabinet. She is married to Shiromani Akali Dal chief Sukhbir Singh Badal, who has earlier served as the deputy chief minister of Punjab. Harsimrat managed to defeat Congress legislator Amrinder Singh Raja Warring by a thin margin of 21,772 votes in a closely contested battle in the Lok Sabha polls.

Sadhvi Niranjan Jyoti, 52, has been sworn in as a Minister of State in the new Cabinet. In the outgoing Modi government, she held the portfolio of Minister of State for Food Processing Industries. Sadhvi Niranjan Jyoti has been a strong advocate of promoting afforestation, social and cultural values, uplifting poor children and helping women from financially weak backgrounds.

Renuka Singh Saruta, 58, who was sworn in as a Minister of State in the Modi government, is a tribal leader of the BJP from Chattisgarh. She was a former minister in the Raman Singh government. Her latest achievement was to turn the tide in the BJP’s favour in Sarguja during the Lok Sabha election.

A BJP leader from West Bengal, where the BJP has managed to make deep inroads in the Lok Sabha elections 2019 by winning 18 seats, Deboshree Chowdhury is a first timer in the newly elected government. She has taken oath as a Minister of State.