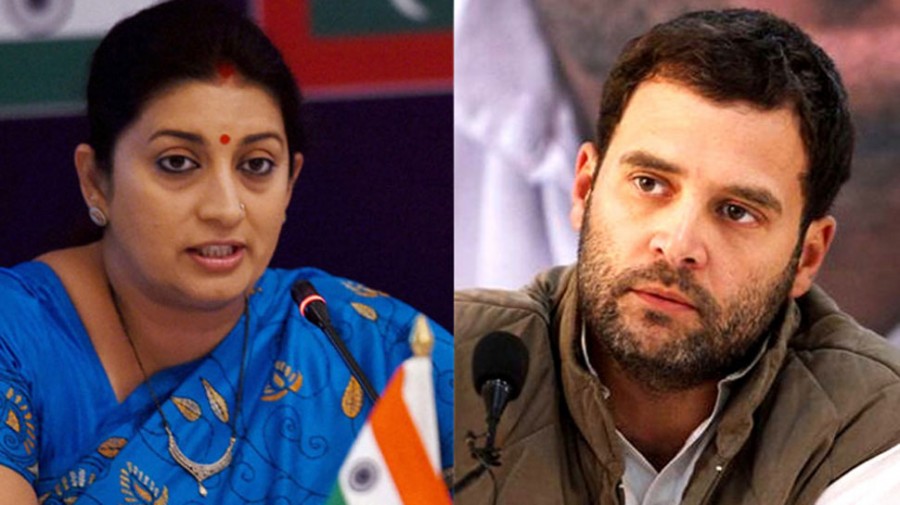 Accusing Rahul Gandhi of having betrayed Amethi after the Congress president cancelled his visit here on Monday, Smriti Irani said that the people in the constituency will give a befitting reply to the snub.

Rahul was scheduled to visit Amethi on Monday but he cancelled his plans by the afternoon. Smriti Irani, who is the BJP candidate from here once again and is taking on Rahul, said that the Congress president is making it a habit to snub the people of Amethi. "Today, on the day of voting, Rahul has once again betrayed the people of Amethi. I did not know that he is so arrogant that he would not come here even on the day of voting. What was the need for such a big insult," she said.

The verbal duel between Smriti and Rahul has been intense, bordering on outright bitter. The Congress president had defeated Smriti in the last edition of Lok Sabha election but had had to face a spirited challenge. This year too, Smriti has been vocal in her attack against her opponent.

Amethi cast its vote in the fifth phase of Lok Sabha election 2019 on Monday and Smriti accused Congress of trying to steal votes here. The BJP also asked EC to take strong action in the matter.Amethi is considered a Gandhi stronghold and Rahul has managed to win from here in each Lok Sabha election since 2003.