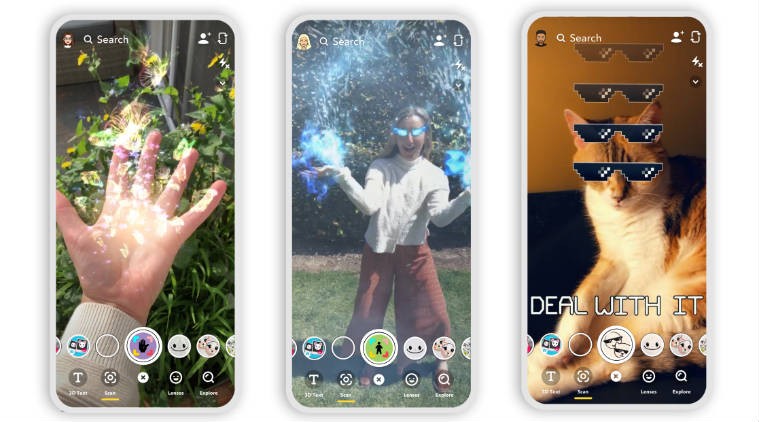 Snapchat, announced some new features with a revamped AR camera, games on the platform with Snap Games and integration with other third-party apps at its first ‘Snap Partner Summit’. Snapchat’s announcements come as it faces increased competition from social media giant Facebook and its Instagram app along with slowing growth. Snapchat will get a new AR bar, which will be below the regular Lens carousel.

Further, the Snapchat Lens Studio 2.0, which developers can use to create their own Lenses or filters, will get new features like body, hand tracking as well as pet tracking. This will allow developers to create more Lenses, which have an AR experience for the user’s hand or body or the pet, depending on where the camera is pointed.

Snapchat is also announcing Landmarkers, which are Lenses specifically designed for iconic landmarks like the Eiffel Tower in Paris, Capitol One building in Washington, Buckingham Palace, The Flatiron Building in New York City, and The Chinese Theater in Los Angeles. So when a user points the camera at any of these iconic buildings, they will be able to choose from a variety of Lenses created specifically for them.