Technical / Sony’s deal with Microsoft blindsided its own PlayStation team 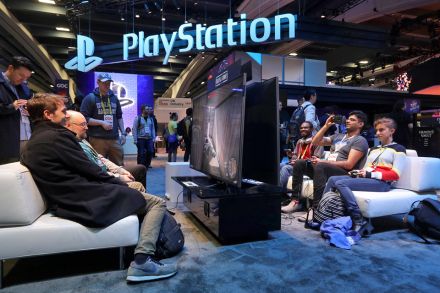 When Sony Corp unveiled a cloud gaming pact with archrival Microsoft Corp, it surprised the industry. Perhaps no one was more shocked than employees of Sony’s PlayStation division, who have spent almost two decades fighting the US software giant in the $38 billion video game console market.

Last week, the companies announced a strategic partnership to co-develop game streaming technology and host some of PlayStation’s online services on the Redmond-based company’s Azure cloud platform. It comes after PlayStation spent seven years developing its own cloud gaming offering, with limited success.

Negotiations with Microsoft began last year and were handled directly by Sony’s senior management in Tokyo, largely without the involvement of the PlayStation unit, according to people familiar with the matter. Staff at the gaming division were caught off-guard by the news. Managers had to calm workers and assure them that plans for the company’s next-generation console weren’t affected, said the people, asking not to be identified discussing private matters.

That difficult moment is part of a painful lesson that Sony and many other technology companies are facing as the world’s leading cloud-computing providers become more powerful. If you aren’t spending billions of dollars a year on data centers, servers and network gear, you can’t keep up.