Business / Soon, Jet Airway's rights for foreign routes to be up for grabs 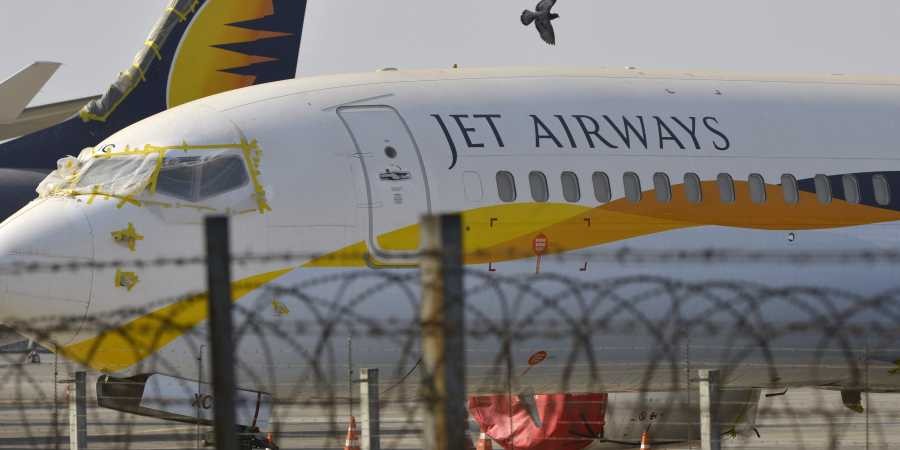 A meeting was held on Friday to discuss the issue. Civil aviation secretary Pradeep Singh Kharola chaired the meeting which was attended by officials of Directorate General of Civil Aviation (DGCA) and senior airline executives.

The move suggests government wants local carriers to deploy capacity on international routes from where Jet Airways has withdrawn operations due to severe fund crunch.While reallocation of traffic rights would ensure additional capacity on various popular foreign routes thus reducing fare level, it will significantly affect the valuation of Jet Airways.Official sources told IANS that local carriers have set sight on lucrative routes such as Mumbai-London, Delhi-Dubai and Mumbai-Paris and want te government to distribute slots for these sectors.

"Both Air India and SpiceJet want rights for operating flights to Dubai. Air India is very keen to mount capacity on Mumbai-London. Delhi-Singapore is another route for which carriers want the slots," said exeutive of a private airline.

"The traffic rights would be given on temporary basis to other airlines," he said.

The ministry has asked airlines to give their fleet induction plan so that a fair decision on giving traffic rights could be taken.

"Ministry is expected to take a decision on temporary allocation of rights in 2-3 days," the executive said.

So far, Ajay Singh-led SpiceJet has got lion's share of Jet Airways' slots to operate domestic flights. It has considerably scaled up operations from Mumbai and Delhi, the erstwhile strongholds of grounded Jet Airways. The airline has announced 77 flights since April 1 which includes 48 flights connecting Mumbai, 16 flights connecting Delhi and 8 flights between Mumbai and Delhi.

The ministry has reiterated that slot allocation is temporary and for three months maintaining that historic rights of Jet Airways will be protected. The preference would be given to those carriers which bring additional aircraft.

"These slots would be made available to Jet Airways, as and when they revive their operations, as per the extant guidelines," a ministry statement had said on April 23.

Prospective investors and employees of Jet Airways have expressed concern over government's move to re-allocate slots and foreign traffic rights of the airline arguing it will dampen the interest level in the company.

Facing severe financial crisis, Jet Airways had on April 17 announced temporarary suspension of its flight operations. The airline continues to be grounded and its revival depends on fresh fund infusion by investors.