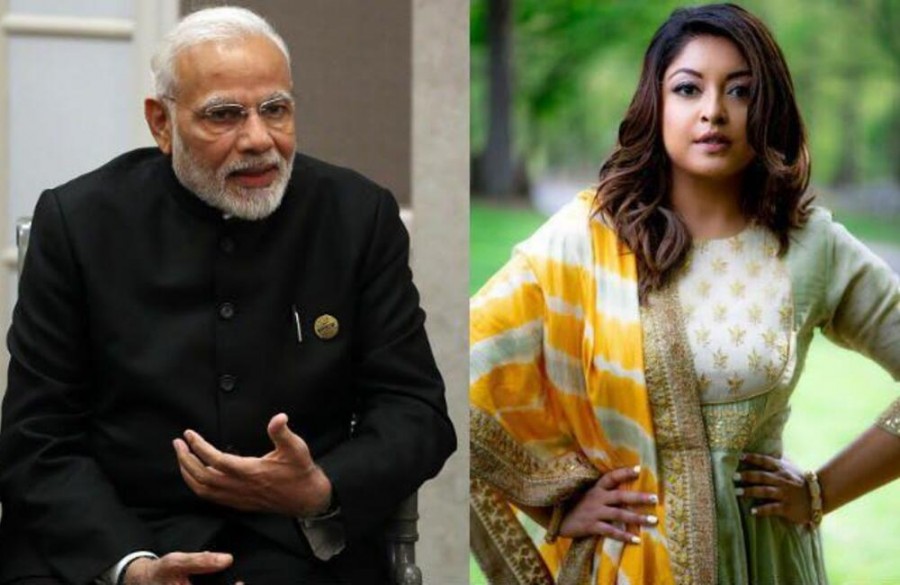 After Mumbai Police gave a clean chit to actor Nana Patekar in the sexual harassment case, actor Tanushree Dutta has released a fresh statement. Accusing police of taking bribe from the actor and not investigating the matter properly, the actor has released a new statement in the media that states that her case was dealt unfairly. Tanushree has also questioned PM Narendra Modi for the kind of vision he says he has for the country. The actor has taken his name in the statement asking him why the daughters in the country led by him have to face such harassment when he talks highly of things like Ram-Rajya. Read Tanushree’s full statement here:

“The Mumbai Police lied in its report to the court that my complaint with CINTAA did not have sexual harassment in it. They were given the copy of my handwritten 2008 complaint to CINTAA that clearly mentioned sexual harassment corroborating my 2018 FIR. In 2008 they had refused to even take my FIR and twisted and manipulated the complaint to protect the accused. Also, everyone remembers that CINTAA had issued a written apology for not addressing that complaint. This apology by CINTAA was widely published in media and we even gave the cops a copy of that apology to prove that. This is corruption at its grossest level. How can they twist evidence like that and completely turn it against me and in favour of accused??

The police were hand in hand with the accused right from day one when they asked us to produce all evidence saying that we have a very strong case and that they will be making arrests soon but instead they gave us hope and stabbed us in the back by calling my complaint malicious and false. The video of my car being attacked with my family on the same movie set also was submitted as evidence. And they had Janice Sequeira and Shyni Shetty giving witness testimony in my favour. What more proof does one need to prove harrassment??

They produced bogus witnesses to corroborate with the accused and mislead investigation. Never informed us of any progress in investigation or what was going on despite repeated attempts. I want to ask how much money did Nana and his people pay you, the Police, to file such a report and call me a malicious liar?? I want to ask the court magistrate that approved this report. How much money did you eat to accept this report that is clearly fabricated and malicious by itself?? How much money did Nana Patekar pay as bribe to various authorities to get himself a clean chit??

This harassment incident took away my job, career and livelihood and I had to start all over again in life in a new country. Because in India clearly justice, law and order is for sale and criminals can buy themselves clean chit by spending crores on bribing law and judiciary whereas women who get harassed, abused and attacked and mob lynched in public get to be called false and malicious if they speak up and put forward a complaint. How much money did everyone make for this report that squashed my case?? Nana Patekar’s corrupt Naam foundation that takes thousands of crores of rupees from government, Indians, NRIs, local and foreign organisations in the name of suicidal drought hit Indian farmers every year and only gives 15,000 rupees to 200 dead farmer widows once a year in a publicised event and no records and works to prove the expenditure of all of those huge funds whatsoever can easily afford to bribe the whole country to get a clean chit for Nana and other accused.

This foundation is the biggest scam in India and thousands of crores come in the name of poor farmers but it doesn’t reach them and they still commit suicide out of mounting debt. Few journalists and whistle blowers who tried to expose this Naam foundation scam were themselves harassed, beaten and put behind bars few years back by this corrupt monster. All this knowledge is in public domain for all to see but yet the police and government have not done any investigation in it .Perhaps because sabko khila pila ke khush rakha hai..Getting a clean chit with police or court in India does’nt mean you are innocent .Yeh Public hai, sab janti hai!

Modi ji..what happened to a corruption free India?? A daughter of the country gets harassed by a serial offender, attacked by a mob in public, denied justice over and over again and her name is maligned, she is threatened, pressurised, her career is destroyed and literally driven out of the country to live a life of anonymity and your police force say her complaint is false and malicious!!! Yehi hai apka Raam Rajya?? Being born in a devout hindu family maine toh suna tha ki Raam naam satya hai toh phir kyun is desh mein asatya aur adharm ki bar bar Vijay hoti rahi hai?? Jawab dijiye mujhe.”