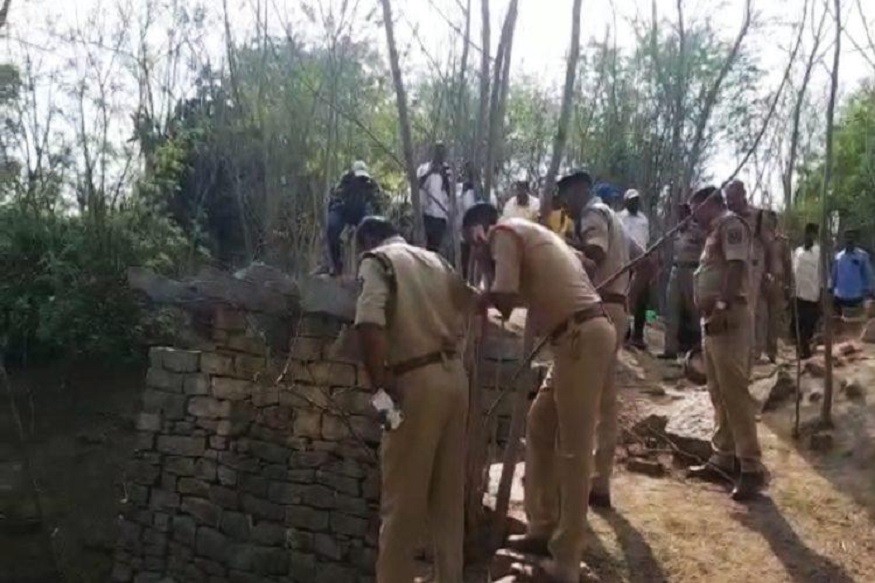 The case of a missing 14-year-old girl has led to the discovery of deep, dry wells in Hajipur village of Telangana, around 100km outside of Hyderabad, that turned out to be a graveyard for three young lives. Skeletal remains of the three girls, aged between 11 and 17, have been found inside the abandoned wells in the last few days. The girls had been sexually assaulted, killed and buried in the wells by serial killer

It all started when the family of a 14-year old girl filed a ‘missing’ complaint case with the Bommalaramaram mandal police a week ago.

The police nabbed a 27-year old, Marri Srinivas Reddy, who cops said had confessed that he had raped and killed the minor who was missing. He had also told them that her body was buried in a 50-feet deep well in his agricultural land

The victim, a class 9 student, was on her way home from school, when Reddy approached her on the pretext of giving her a lift to her destination. He then abducted her, raped her and then murdered the girl. Her body and school bag were thrown in the abandoned well located on the land he owned.

Based on the confessional statement, the police reached the location and found the body of the girl on Friday. Her body and her school bag were found in the well, as was said by the accused.

But then, in a chilling turn of events, the special investigation that was searching for evidence also found the body of another girl, 17, buried in the same well.

She too, was allegedly sexually assaulted and killed by Reddy. This happened in March, the same time since she had been missing.

The accused’s modus operandi was the same as in the case of the 14-year-old, police said. He offered a lift to the minor, when she was on her way home from college, and then sexually assaulted her. Her decomposed body was found along with her bag that had her Aadhar card inside- which was the source of her identification.

The parents of the 17-year-old student, who lived in the same village, had not filed any missing complaint assuming that she must have eloped with her partner to live separately. Both the minor girls’ bodies were found in a span of three days, starting Friday.

"The body was found in another corner of the well. There was a team of doctors, RDO and Tehsildar when the body was discovered. We also found a bag along with the body," Yadadri Bhuvanagiri DCP, Narayana Reddy, said.

However, the count didn’t stop there. Parents of an 11-year old, after learning about the murders, approached the police to complain that their daughter had been missing since 2015. They had filed a complaint earlier too, and despite repeated visits to the police station, there had been no development in the case till now.

Police said the accused admitted that he had sexually assaulted the 11-year old girl too, tied her body in a gunny bag and put it in a well next to his, in the same village. Police found her remains late on Tuesday –and recognized the deceased based on her dress.

In this case too, the victim was walking back home from school.

“Accused has confessed that he is a habitual rapist and murderer and since 2015 has killed three minor girls and a woman after sexually assaulting them,” Rachakonda Police Commissioner Mahesh Bhagwat said on Tuesday.

The disturbing details of the three cases has led to outrage among locals. They vandalized the residence of the accused and questioned about the safety of their children.

“This is shocking. Where is security and safety here? How can we send our children to schools if such incidents occur?” an angry resident of the village said.

The village Hajipur- which witnessed these heinous crimes is part of Bommalaramaram mandal. For school/college- the people of the village have to come to Keesara, which is tucked away in the outskirts of Hyderabad and is at a distance of 12 km from Bommalaramaram.

The most common mode of transport is a bus- which runs limited times a day. So, if anyone misses the bus- the only option left to reach the village from the mandal would be top walk the distance of four kilometers. In all the above cases- the students were walking home to Hajipur or to the mandal to catch a bus.