Sports / This day that year: When Kapil's Devils created glory at 1983 World Cup 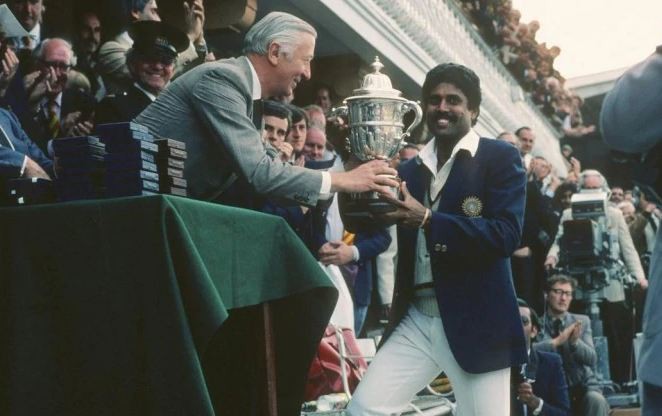 In an interview to India Today, legendary all-rounder Kapil Dev had said the West Indies had more Champagne at the mid-innings break of the 1983 World Cup final than India. Kapil's men had posted a below-par total of 183 in the big final on June 25, 1983 at the Lord's, London.

It seemed India's fairytale run in the World Cup would come to an end. The West Indies were set for a third straight title. Clive Llyod's side had superstars who, on their day, could just blow away the challenge of chasing 184. But June 25, 1983 wasn't their day. It was the day that arguably changed Indian cricket forever.

Gordon Greenidge fails. Sir Vivian Richards walks in with the swagger that is known for. The gum-chewing slayer gets on with his innings and hits a flurry of boundaries.

Madan Lal is under the pump but he isn't willing to go away. He goes to skipper Kapil Dev and asks for the ball. Lal cramps Richards for room but the batting great tries to pull one into the stands. Instead, the ball balloons up and Kapil Dev takes a breathtaking catch to send the West Indies star walking back to the hut.

Once Vivian Richards was dismissed, Indians had their tails up. Clive Lloyd fell to Roger Binny without troubling the scorers much. Jeff Dujon and Malcolm Marshall tried to revive the chase with a 43-run stand for the 7th wicket but Mohinder Amarnath stepped into action and removed both of them in quick succession.

Amarnath dealt the final blow and sealed India's historic win by trapping Michael Holding in front. West Indies were bowled out for 140. Their World Cup-winning streak was broken. Cricket had its new world champions!

From rank outsiders to world champions: 'Weren't silly thinking we would win'

India were rank outsiders. London bookies offering 50:1 odds against them. In fact, many of the members of the World Cup-winning team in 1983 had planned for trips to the United States after the World Cup. All those plans had to be postponed, considering India's success in the tournament.

Speaking to India Today at Salaam Cricket 2019, batting great Sunil Gavaskar had clarified on the US trip rumours. Gavaskar added that India weren't pessimistic about their chances but weren't too "silly" to think they would go on to win the World Cup in 1983.

"Our turnaround in the whole format started when we went to Australia in 1980 where we played 10 ODI games. That's the first time we started to take ODI cricket seriously. Earlier on, we just went in like a Sunday game. This time there were prizes at the end. There was a trophy to be won as well. Earlier on, there was nothing to be won. Then we came to the West Indies in 1983 and we beat them in a match in Guyana," Gavaskar added.

"We weren't silly by thinking we would win it. But we weren't pessimistic."

36 years hence, India have another World Cup in their cabinet. Virat Kohli is now leading a young side that is bidding to bring home the country's third World Cup trophy. In, 2011, India showcased that they are the new powerhouses of world cricket as an MS Dhoni-led side steamrolled oppositions on their way to World Cup glory.

It is safe to say the image of Kapil Dev lifting the World Cup trophy at the Lord's balcony changed the dynamics of world cricket. It inspired a million, including the greatest batsman to have ever graced planet Earth.

Clive Llyod had got it right after the 1983 World Cup. Speaking on India's win, the West Indies great had said: "Indian cricket has arrived. And it's here to stay.". Indeed, it did. 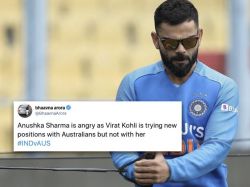