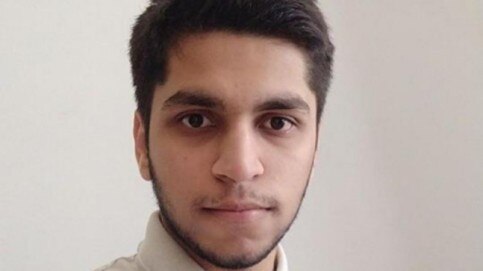 Manan Agarwal from Sonepat, Haryana, became the JEE Advanced 2019 state topper as the results of the prestigious all-India exam were released on June 14. With a total marks of 304 out of 360, Manan, who studied from Jankidas Kapur Public School, secured an All India Rank of 14. In the JEE Main 2019 result, he had secured AIR 194, with a 99.97 percentile in Paper 1.

Manan's achievements since school tell the tale of an inspiring achiever as he has not only cleared a number of prestigious exams, but has also written a novel in middle school!

Mana's high score is a reflection of pure hard work and most importantly - discipline. His family and friends were naturally very excited on hearing the good news of him topping the state in one of the toughest exams in the world.

"During my preparatory days, my family supported me a lot, and constantly encouraged me to perform better," Manan told us in an exclusive interview.

India Today Education got talking to the JEE Advanced topper from Haryana to understand the secret behind his success.

How did the Manan Agarwal prepare for JEE Advanced 2019?

"A few months before the exam, I used to solve computer-based mock tests quite regularly i.e. about two tests per day," he adds.

Manan isn't your average topper; he is truly a class apart. He had written the novel 'A Blank Invitation' back when he was just in class 8!

It was published by Patridge India and is now available on Amazon.

Manan has qualified NTSE (both stage 1 and 2) and cleared the prestigious exam for Kishore Vaigyanik Protsahan Yojana, a scholarship programme funded by the Department of Science and Technology of the Government of India.

Incredibly, he has also cleared the NSEP, NSEC, and NSEA Olympiads in physics, chemistry, and astronomy respectively.

Moreover, in his class 12 board exams, the JEE Advanced Haryana topper secured above 95% marks.

What does Manan want to study?

It was Manan's father who inspired the Haryana topper to pursue the path he is on. His younger brother is in class 12 and he too is an IIT aspirant.

"I want to study computer science engineering, and by clearing JEE Advanced, I will be able to join IIT Bombay," he says.

Even though cracking the JEE exam is taken so seriously by most aspirants, Manan ensured that he maintained a balance. He didn't study day in and day out and divided his time between studies and relaxation.

"I tried to maintain a balance between studies and recreation; I used to relax by watching movies and listening to music," says Manan.

The JEE Advanced Haryana topper refrained from TV series as the urge to watch the next episode can play havoc with concentration on studies.

Manan met some of his friends during the months before the JEE Advanced exam as well, but only for a few times.

Studying regularly and solving mock tests isn't enough. A good college and a good job are useless if you don't have proper health to pack it up. JEE preparation wrecks the mind of too many in India but Manan was having none of that.

"I used to do regular exercise during my preparation period. I went to a gym for about half an hour every day," says Manan.

I also performed meditation in the last one month of preparation," he adds.

Manan doesn't want to join IIT only to get a cushy job. He has plans to make the world better.

"After getting IIT education, I would like to tackle various world problems like unemployment (by start-ups etc.) and help, in some way, by contributing towards technological advancement," he says.