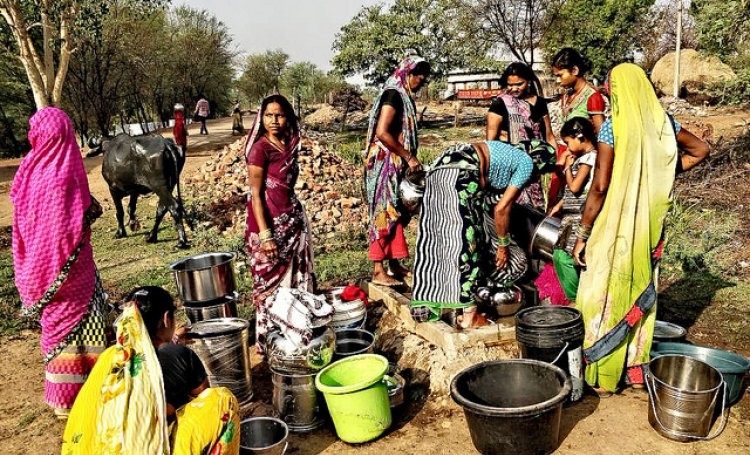 Nagaland is pristine and gorgeous. But one needs a strong heart and a much stronger back to enjoy the Himalayan state. The roads are dirt tracks and tourist facilities are non-existent. The infrastructure-deficit Himalayan state, however, is not a laggard on one count: toilet infrastructure, especially in its rural areas. Recently, rural Nagaland was declared Open Defecation Free (ODF) by the Swachh Bharat Mission (SBM). In fact, unlike in many other sectors, SBM’s record — not just in Nagaland — but across the Northeastern region (NE) has kept pace with the country’s expanding sanitation coverage. According to the ministry of drinking water and sanitation, five out of seven states are ODF, with Assam and Tripura being the exceptions.

However, the commendable gains made by these Himalayan states (the Centre bears 90% of the cost of building a toilet in these states), despite their undulating topography, may take a hit in the future due to an emerging water crisis, being sparked by deforestation (which will impact rainfall, soil health and consequently water availability), overpopulation (which will put stress on existing natural resources), and climate change (which will also affect water availability, among other things).“Population has been increasing over the years. Natural water bodies, streams and springs — the region’s core source of water — are getting polluted. Villages already face acute water problem… drilling boreholes is not an option,” explained Assam-based Samuel Therieh, a sanitation expert for World Vision India. “Many Himalayan villages are located on hilltops and in many cases away from the water sources. It’s not always possible to build pipelines due to the topography. If nearby water sources dry up, then people will find it difficult to get water for sanitation purposes.”

The ministry of water resources estimates that each rural household in India needs 40 litres of water every day, out of which 15 to 20 litres are required for sanitation. But as of 2017, almost 19,000 villages in India were yet to have access to piped water supply. Even the ones that do get piped water, getting 40 litres a day remains a distant dream. On an average, a well supplied rural household receives 8-10 litres of water per day. As water is mostly utilised for cooking, drinking and washing, using it for sanitation becomes the last priority. The government has said that it is committed to covering 90% of Indian rural households with piped water supply by 2022.

“A lot of the funds for sanitation came at the expense of water. So while the need for water increased because of toilet usage, the investment in water to augment domestic water supplies decreased. With challenging geography, the situation gets more complex,” says Indira Khurana , water and sanitation expert, and author of Reflections on Managing Water, Earth’s Greatest Natural Resource.

The absence of water resources was also raised by a parliamentary panel in 2018. The panel, headed by Lok Sabha member, Dr P Venugopal, said that going through the factual and ground realities prevalent in the country, it is perplexed as to how ODF can be achieved without the availability of adequate water provisions. The panel recommended that the ministry of drinking water and sanitation prioritise the provision of water availability along with the construction of toilets under SBM and apprise it of actual figures of toilets with water facilities that have been constructed.

Economists Coffey and Spears, however, argue that if social forces against open defecation are strong enough ------ as it is in the NE ------ people without water connections will also be willing to fill buckets to flush their latrines. This momentum must not be lost. To ensure that people keep using toilets, it is not just critical to develop and construct toilets that use less water (such as TATA Trusts rural pans), but also augment water security so that people are not forced to exit the programme. Building pipelines is an expensive and time consuming proposition. It is, therefore, critical to invest in the renovation of traditional wells, rain water harvesting systems and reviving the natural springs that dot the mountain landscape. These efforts can ensure a steady source of water for sanitation in the Northeast, and consolidate the gains of SBM.