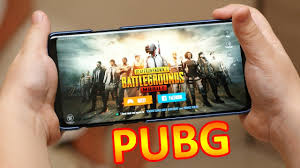 You’d agree when I say that PUBG Mobile has in a very small amount of time become one of the most downloaded and well-known multiplayer games for mobile phones.

With over 32 million daily active users it is one of the most-played games today. It recently recorded a revenue of over a billion dollars globally.

But, like every other game, PUBG also has competitors in the market, which offer a similar gaming experience. However, they haven’t been able to dethrone the Tencent-owned game for a while now.

Things could change in the months to come with some of the games that are to hit the Android and iOS platform. PUBG might finally get a run for its money. Here’s a look at the top PUBG-like games that are expected to come out this year.The entire gaming fraternity has been waiting for this one! Call of Duty is a must-play console and PC game and thank God it’s coming to Android as well.

Tencent had announced that the game will be coming soon and even opened it for pre-registration on the Google Play Store. However, reports suggest that the game is expected to be launched at the company’s Unite India event to be held on 14-15 November.In terms of the mobile gameplay that has been released on YouTube, it is more on the grounds of the what Call of Duty looks like on consoles and PC. The FPS (first-person-shooter) experience looks right and blazing fast with most of the interface and controls customised for mobile.

The gameplay is somewhat similar to what you will get in the FFP mode of PUBG. Here’s a look at what the Call of Duty: Mobile gameplay could look like:Apex Legends has been creating a lot of buzz in the online multiplayer space and the game’s creators (Respawn and EA) have decided to reap the benefits of the game’s popularity and bring it to the mobile platform soon.

If you have played Titanfall, you’d have a fair idea about the gameplay and what to expect in its mobile version.It was back in September 2018 that Daybreak (the game’s developer) had announced that H1Z1 will be coming to the mobile platform and it looks like 2019 could be when the game is made available to Android and iOS users across the globe.

The game is a fast-paced shooter game, which has been developed for the console platform. However, developers aren’t shying away from making the game compatible with one of the fast-growing gaming platforms: mobile phones.