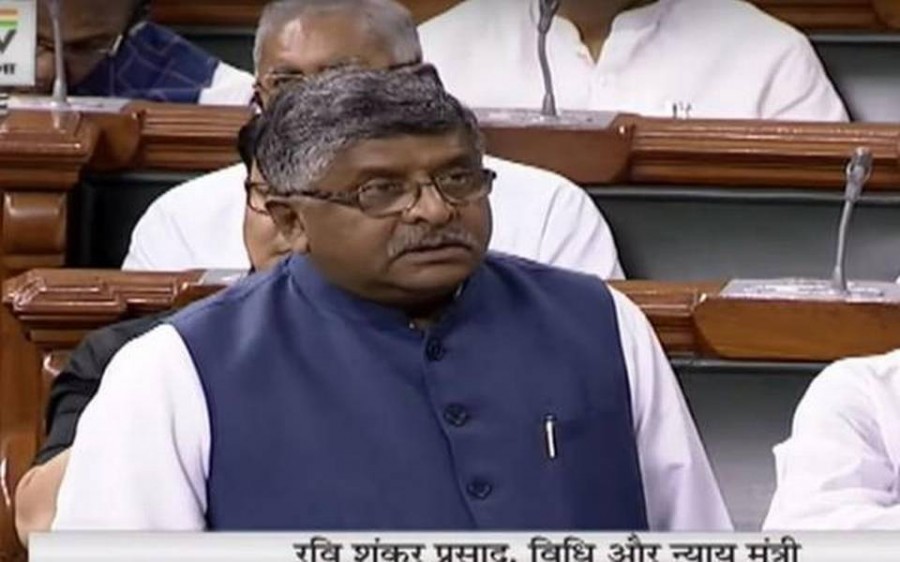 The government on Friday introduced The Muslim Women (Protection of Rights on Marriage) Bill, 2019, also known as the triple ‘talaq’ Bill in the Lok Sabha, the first legislation of the Modi government in its second term, amid protests by Opposition members, who claimed it was violative of the Constitution.

The Bill was introduced after the Opposition asked for a division of votes, with the treasury winning with 186 “ayes” to the 74 Opposition “no” votes.

Union Law Minister Ravi Shankar Prasad, who introduced the Bill, asserted that the legislation was about gender justice and equality. The bill was not about religion but a “question of dignity of women and we are committed to safeguard it”. There were 543 cases of triple ‘talaq’ reported in the country. Even after the Supreme Court judgement banning the practice, more than 200 cases were reported, necessitating, in his view, a Bill that addressed the issue. “The job of Parliament is to legislate and it is up to courts to interpret the law,” he said.

Mr. Tharoor said he was against the practice of triple ‘talaq’, already voided by the Supreme Court order, but opposed the Bill as it conflated civil and criminal law. The Bill was a “textbook example of class legislation” as it was pointed at one community — Muslims — even though abandoning wives was not unique to it.

Mr. Owaisi said the BJP’s “affection” for Muslim women and this advocacy of gender justice was suspect, considering the party’s opposition to the entry of Hindu women into the Sabarimala temple in Kerala. The Bill violated constitutional rights as it stipulated a three-year jail term for Muslim men, whereas a similar offence by non-Muslim men attracted only a year of jail term.

The Bill had faced objections from Opposition parties from the beginning. They had claimed that jail term for a man for divorcing his wife was legally untenable.

The new Bill is a copy of the ordinance in force. Bills that are introduced in the Rajya Sabha and are pending there do not lapse with the dissolution of the Lok Sabha.