Business / Twitter is Getting Its Biggest Update in Years, it is Not Hard to See Instagram Stories Inspiration 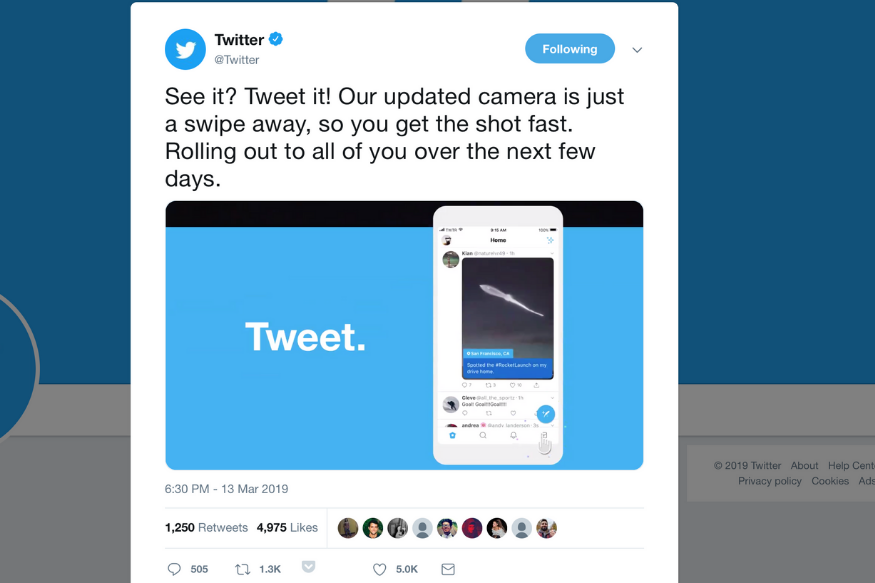 Twitter to talk more about publicly testing the Twttr app which they have been working on, the social network has instead updated us on some of the new features that will be rolling out on the default Twitter app. The company announced this at SXSW 2019 conference, and the updates are in line with healthy mission. Twitter says that the revamped camera in the app will make it easier for users to tweet photos & videos.

Incidentally, once you take a picture using the Twitter camera app now, you will be able to overlay text, hashtags, location and tag other users on it. There will be the inevitable comparisons with Instagram Stories feature. However, the big difference might be that Twitter’s photo shares will remain on your shared timeline forever, unlike Instagram Stories which are available only for a limited duration.

The changes may not be visible on your Twitter app right away, and the company says the updates will be rolled out on Android and iOS over the next few days.