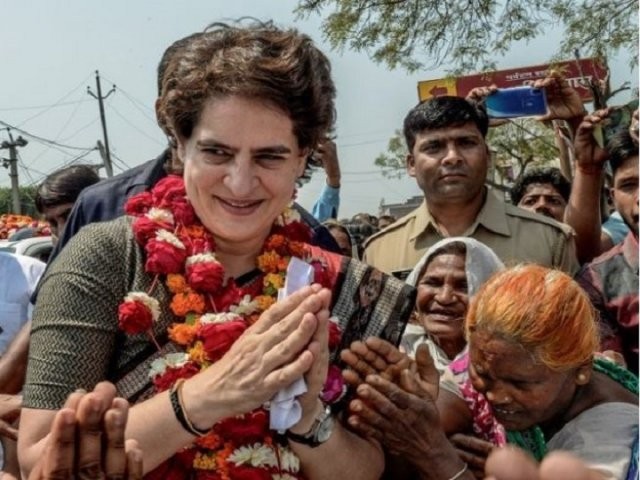 Congress general secretary Priyanka Gandhi Vadra will be holding a mega roadshow today in Varanasi- the constituency represented by Prime Minister Narendra Modi in the lower house of the Parliament . This comes nearly three weeks after PM Modi’s grand rally in the holy city, which had garnered massive crowd.During her visit to the temple town, Priyanka could also pay visit to both the religiously significant Kashi Vishwanath Temple and the Kaal Bhairav Temple. Before the roadshow Priyanka will also address a public meeting in Deoria.

The Congress’ show of strength, will be a day ahead of last of the joint rallies of Mayawati, Akhilesh Yadav and Ajit Singh in Varanasi on May 16.Congress has fielded Ajay Rai against Prime Minister Modi in his bastion. In 2014 polls PM Modi had registered a landslide victory with 5 lakh 81 thousand votes, while Rai could manage to collect only 75000 votes and was at third position in the triangular contest between BJP, AAP and Congress. Delhi CM and AAP chief Kejriwal was at the second position in the 2014 polls.

Varanasi will vote for Lok Sabha in the last phase of elections on May 19.Talking about not contesting from Varanasi, Priyanka had said she sought the advice of senior Congress leaders and other party colleagues, who felt she has a greater responsibility on her shoulders of looking after 41 seats in eastern Uttar Pradesh, of which she has been given the charge.
See More