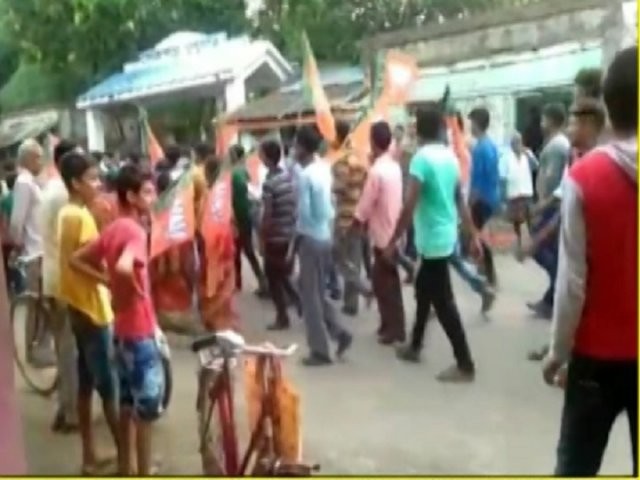 The series of violence in West Bengal does not seem to cease even after the culmination of Lok Sabha polls. BJP workers in the state came under an alleged bomb attack by TMC goons during a procession taken out to celebrate party’s good performance in the state.The attack on BJP’s ‘bijoy michil’ in Mayureswar in Birbhum district took place on Monday, in which four people were injured.

The Bomb was hurled at the rally in broad day light allegedly by TMC backed goons.