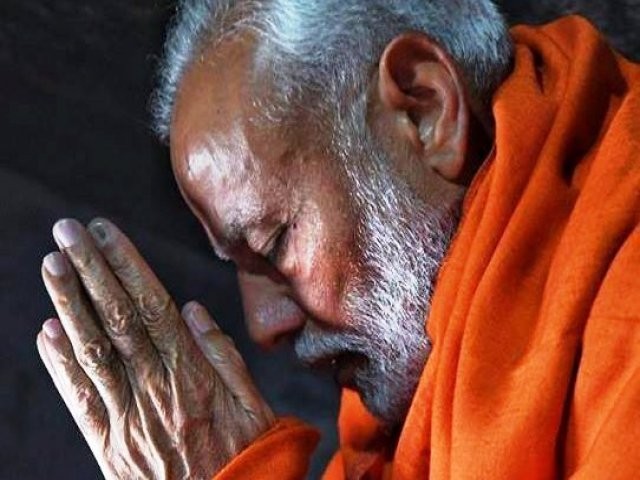 VIP Exit Poll, PM Narendra Modi is found to be retaining the Varanasi Lok Sabha seat from where he had won with staggering numbers in the previous election. AAP Chief Arvind Kejriwal was the prime challenger along with Congress’ Ajay Rai in 2014 general elections but this time the Samajwadi Party tried to dramatise the battle by fielding sacked BSF jawan Tej Bahadur Yadav.

The Election Commission cancelled the candidature of mahagathbandhan nominee Tej Bahadur Yadav “Fauji” from Varanasi citing an inconsistency in his papers.The cancellation of Yadav’s papers prompted the Opposition parties to charge at Prime Minister Narendra Modi of pulling rank to get a poll rival eliminated.The SP had initially fielded Shalini Yadav as its candidate to contest against Modi and later nominated the sacked BSF jawan. With Tej Bahadur out of the race, Modi's main challengers this time are Congress's Ajay Rai and SP-BSP candidate Shalini Yadav.Many believe that Varanasi would be a cakewalk for Modi regardless of whoever the Opposition fields but it would be interesting to note his victory margin.During the 125 days between December 25 and May 1 , Modi reportedly visited Varanasi five times and attended wide-ranging programmes.The BJP has been claiming about "unparalleled development work", especially in local infrastructure, electricity and cleanliness. The ambitious Kashi Vishwanath Dham project aims at improving infrastructure at the Vishwanath temple.Varanasi, the ancient city knows also by other names, Banaras and Kashi, went to polls on May 19.In the 2014 Lok Sabha polls, Modi, who contested from two seats --Varanasi in UP and Vadodra in Gujarat. Modi had secured 5, 16,593 votes as against the 1, 79,739 votes of Kejriwal. Congress' Ajay Rai finished third. Vijay Kumar Jaiswal of the BSP and Kailash Chaurasia of the Samajwadi Party had also contested then but were made to bite the dust.