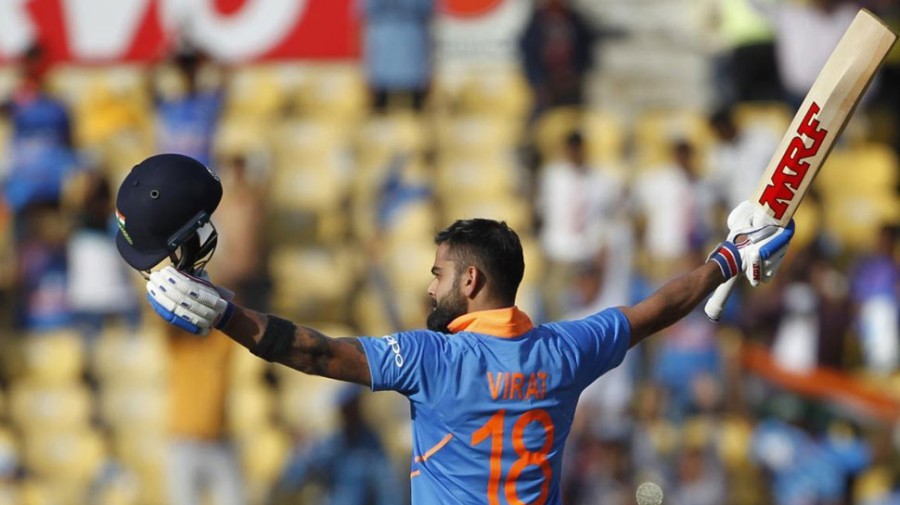 Virat Kohli is determined to win the upcoming World Cup and said on Tuesday that he would want to dedicate the triumph to Indian soldiers.

Speaking to members of the press before Team India’s departure for England where the World Cup will be played from May 30th, Kohli hailed bravehearts of the Indian armed forces.

"We will win the World Cup this time for Indian soldiers. You can get motivated from a lot of sources but I doubt there is any bigger motivation than the soldiers. You cannot compare the role played by you in comparison to the army. If you proceed with the motivation that you want to achieve something for the army then there is nothing better than that. It may be the case that some players get motivation from their families, but we are sure to get extra motivation from the fact that we want to win the World Cup for the army," the Indian skipper said.Asked about how the team plans to handle the expectations, Kohli said handling the pressure was the most important factor for success in the tournament rather – more than even the pitch and the playing conditions. "Handling pressure is the most important thing in the World Cup and not necessarily the conditions. All our bowlers are fresh, no one looks fatigued," he said.

Team India coach Ravi Shastri too said that he believes the Men in Blue can lift the coveted 50-over trophy for the third time. He, however, said that Team India won’t be taking any team lightly, especially pointing out to the Afghan cricket team’s recent successes. "World Cup might be a stage but the stage is to be enjoyed. If we play to our potential then the trophy might be back here. It's a strong competition, even Bangladesh and Afghanistan are much stronger than in 2015," said Shastri.

Shastri further emphasised on the massive role that veteran MS Dhoni could play in the tournament. "Dhoni has a massive role. There is no one better than him in this format especially in those little moments which can change the game. He will be a big player in this World Cup," he said.The first clash of the tournament will be played between England and South Africa on May 30 while India will kick off their campaign against South Africa on June 5.